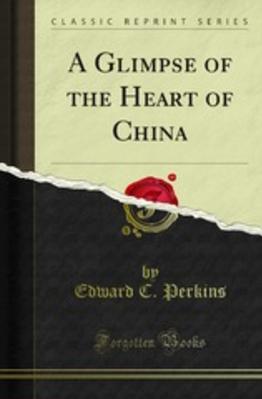 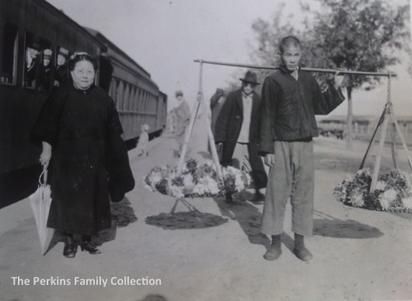 Press Here for the Site

To access this book, please visit these following websites:

Press Here for the Site

SYNOPSIS: During his maiden voyage to China in 1910 after completing medical school at the College of Physician and Surgeons, Dr. Edward Perkins (Dr. Pei Jin-Si, 裴敬思醫生) spent some time at The Elizabeth Skelton Danforth Memorial Hospital (但福德醫院), which is also situated in Kiukiang, Kiangsi (江西, 九江), and there, he first met Dr. Mary Stone (玛丽·斯通; Chinese Name: Mei-Yii Shie, 石美玉; the picture at left), who was the Dean of the hospital.  Their brief interactions became the basis of this book to honor and document the life and work of Dr. Stone in China.  Of course, their interactions continued when Dr. Perkins returned to Kiukiang (九江) for the second time in 1913 to build The Water of Life Hospital (九江生命活水醫院).

Dr. Perkins started this writing exercise simply as a letter to home and a journal documenting his life-changing trip, but it got longer and longer. Without stealing any thunders from the book, it is noteworthy that Dr. Stone was born in 1873 in Kiukiang, Kiangsi (江西, 九江), and attended the Rulison-Fish Girls High (儒励女中, est. 1873, 江西, 九江), which was established by America missionary Ms. Gertrude Howe (Chinese Name: 昊格矩) of Lansing, Michigan; Ms. Howe was the first Principal of the School. Intriguingly, I would also like to point out that another highly empowered Chinese woman in this picture, named Ida Kahn (Cheng Kahn, 康愛德: See below at right), the adoptive daughter of Ms. Howe.  After graduating from Rulison in 1892, these two childhood friends were brought to Ann Arbor by Ms. Howe to attend the School of Medicine at the University of Michigan.  In 1896, they became the first college graduates in the US who are Asians, and more significantly, the first western trained women physicians.

How powerful is that – in 1896!  At the same time, it is equally dispiriting when one realizes that women would still have to struggle for another 200 years to become the true equal half! They both chose to return to Kiukiang, Kiangsi (江西, 九江) in 1896, and to devote their lives to China. 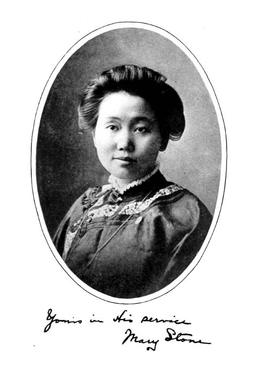 A Glimpse of the Heart of China (一窥中国之心)

In 1898, a unique opportunity came.  To honor his wife, Dr. I. N. Danforth of Chicago, IL (?) generously funded the building of The Elizabeth Skelton Danforth Memorial Hospital (但福德醫院, today’s Jiujiang Women and Children’s Hospital, 九江市妇幼保健院) to focus on women’s health care. (Yes, The Water of Life Hospital was subsequently built to focus on men's health care.)

And with that backdrop, both Dr. Stone and Dr. Kahn (石美玉醫生和康愛德醫生) began their extraordinary careers in healing Chinese people at the Danforth Hospital, and their "long and winding road" as one of the pioneers in bringing modern medicine to China.

(A Disclaimer: Pictures at above left are used here to illustrate this webpage and not for any distribution purposes.)

This book has been translated into Chinese <这本书有中文翻译>.

Please visit the following website for the Chinese version <请访问下面的网页中文版的>

A Glimpse of the Heart of China (一窥中国之心)