On the lake and cliff hanging. 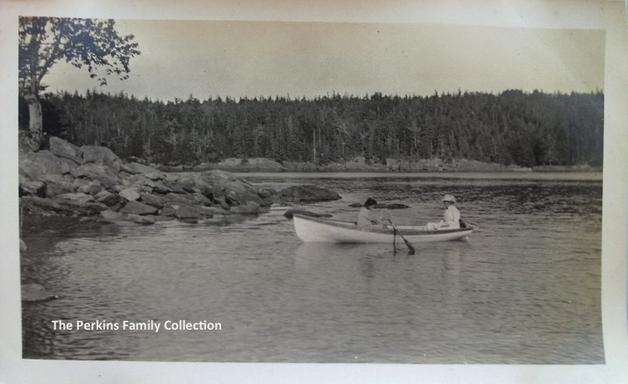 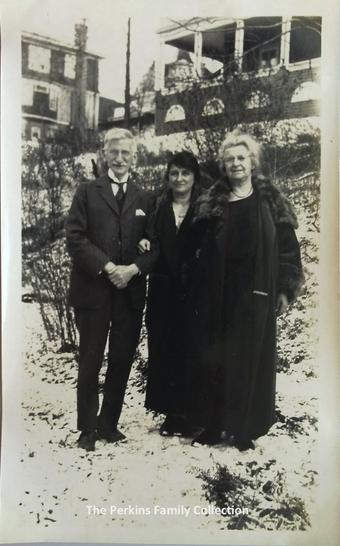 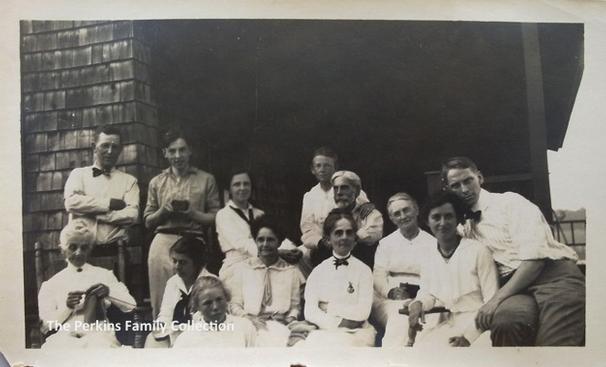 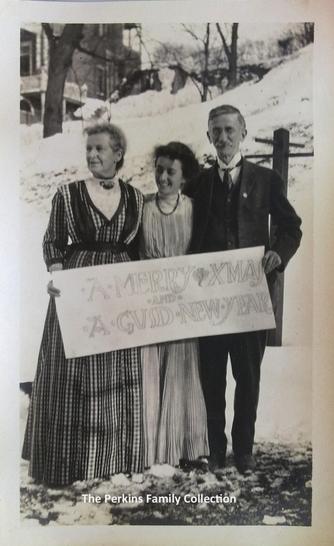 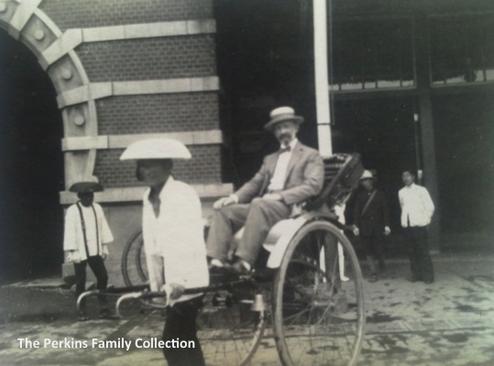 I told you Mrs. Perkins' whole family is Scottish....

Dr. Perkins and His Older Brother, Henry (Actually, it should be Professor Henry A. Perkins, and a twice Acting President of Trinity College in Hartford, CT).

In this picture, the brothers were up on Kuling Mountains, a well known location for Methodist missionaries to rest and get recharged.  Consequently, the area was nicknamed "The Methodist Valley", and it is situated right next to Kiukiang.

Georgina and her parents over the years. 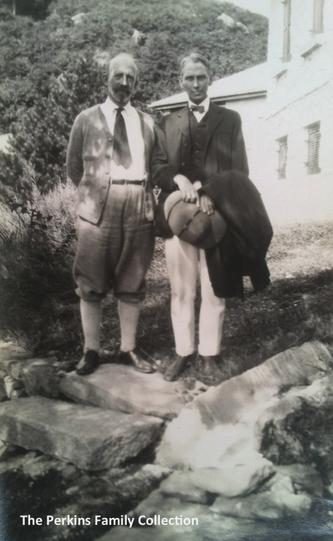 There are few hundred photos kept in two very old Christmas Card boxes.  These boxes contain mostly the Phillip family photos that appeared to have been sorted at one point.  Looking through them, it became evident that the Phillip family loved taking photographs - much more so than the Perkins family anyway, and that might very well be where Mrs. Perkins acquired her passion for photography.  That said, I have come to truly respect Mrs. Perkins' skills as a photographer, but unfortunately not that of her kin.  For most photos where she is part of, they were rather poorly taken - out of focus is one major issue; whereas photos that she is not part of are quite good, and yes, I am assuming she was taking those. This in fact is a good thing for me, as I had much less to really choose from for posting.  Posted below are those chosen from photos that are focused.  What have I learned?

Well, they were avid outdoor people! They had many family reunions and camping trips in the woods and by the lakes.  They loved to hike!  Also, the Phillip family is huge!

I had written:"I am likely not accurate but Mrs. Perkins appeared to have ~ 4 sisters (at least?) and ~ 3 brothers....  I will need to delved into thousands of letters she wrote to her mother while in China to know the details and who is actually whom - some could be in-laws.  Thus, some of the captions below are my best guesses looking at photos only; and no, unfortunately, there are no words written on the back of nearly all these photos!"

Corrections: These were all extended family members of Mrs. Perkins, i.e., they were cousins.  Mrs. Perkins was the only daughter of William and Jean Sword Phillip, and was born in Edinburgh, Scotland.  The family migrated to Toronto, Canada when she was at the age of five. Subsequently, the family settled in the Hudson Valley (first in Hastings and Irvington, and lastly, in Yonkers), when Mr. Phillip worked for an architectural firm in New York City.

What remains trued is that they appeared to be very much a carefree and earthly bunch, and perhaps stood out a bit in contrast to a statelier Perkins clan.

Georgina and Edward with the Phillip family (Edward is hiding in the back in the photo at left.

Kiukiang, Ki., China. Taken at a Welcoming Reception for mother of Mrs. Perkins (in the center at W.L.H.), Edward at her left, Miss Crawford at her right. The children are at the front row.  ca 1940 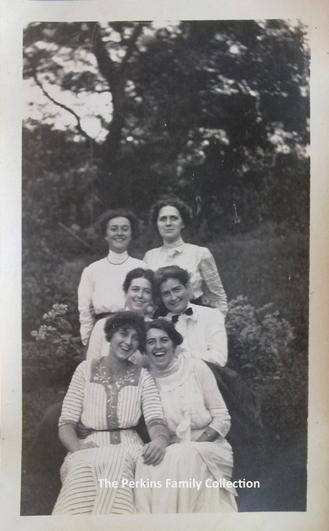 Henry at The Old WLH Compound with Deanetta, Elizabeth (Bessie), and Georgie.

This in many ways is a "family" portrait for Dr. and Mrs. Perkins because standing here were the closest people they had in their lives (aside from Dr. Hyla Watters and her family).  Henry was obviously very close to his little brother (their father died when they both were very young); and in fact, Dr. Perkins passed away in the same nursing home in Hartford, where his older brother had stayed in his final days.

In 1958, the Ploeg sisters drove thousands of miles to Hartford to see Edward for one last time....

Later, while living all alone and battling cancer, Mrs. Perkins was taken to the Ploeg family in Grand Rapids, MI. The Ploeg family were Dutch immigrants (original name "Plough"), and they had been asparagus farmers for generations.  Ms. Katie Louise Ploeg, the youngest sister of Deanetta and Bessie, also a nurse, helped taking care of Mrs. Perkins until her last day. 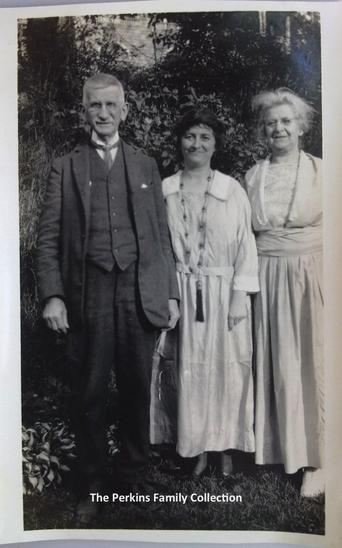 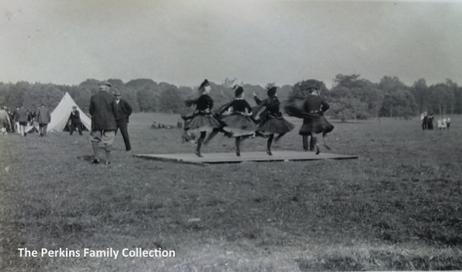 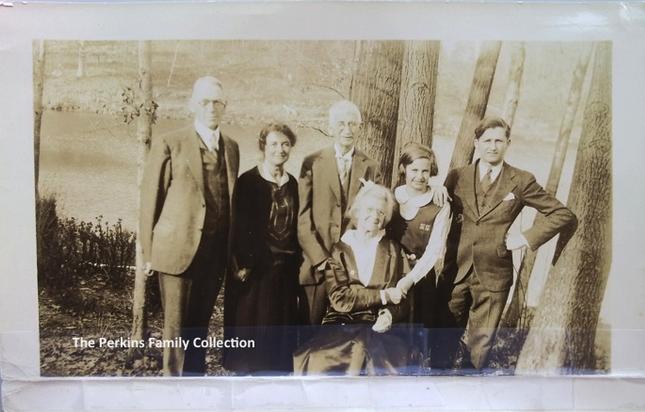 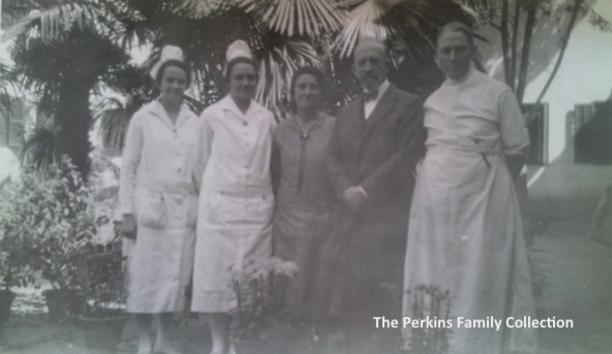 Georgina and her cousins. 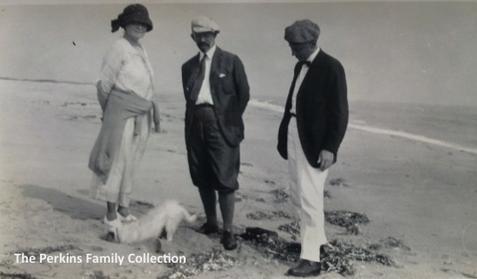 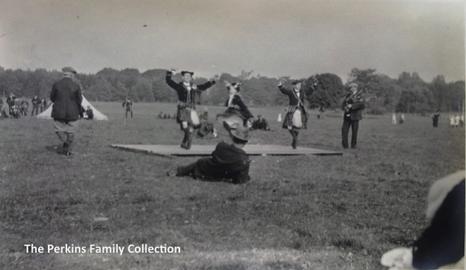 and Valerie and David Phillip (cousins).

Professor Perkins Thought He Was in New York City:

Henry in Japan on his way back to America

Henry Taking "Taxi" on the Streets of Tokyo, Japan 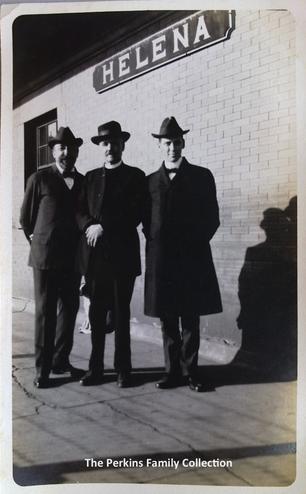 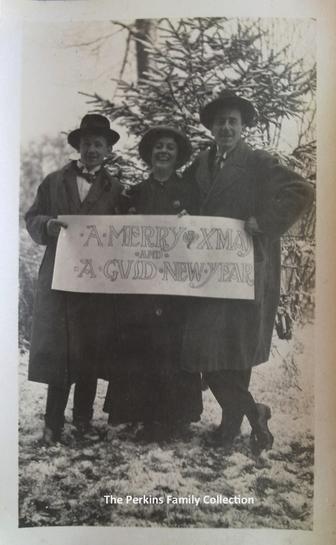 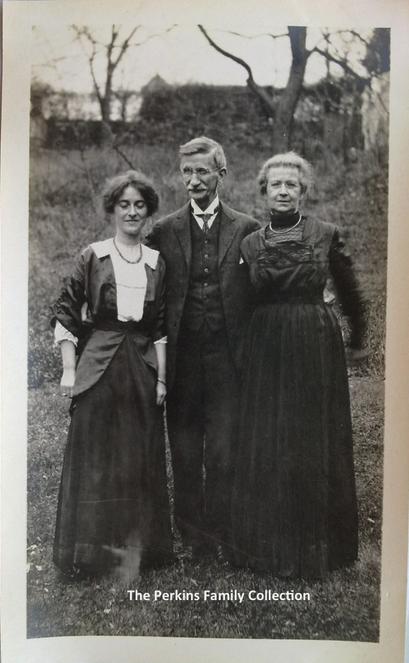 "Taxi" in China Around Late 19th and Early 20th Centuries:  A major form of transportation in the cities.

Henry Leaving China: Here he is heading to Shanghai on a Yangtze River steamer 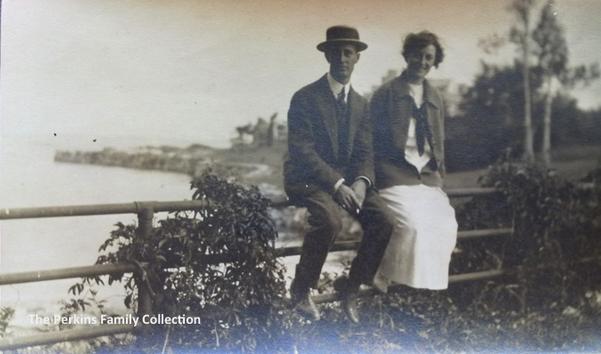 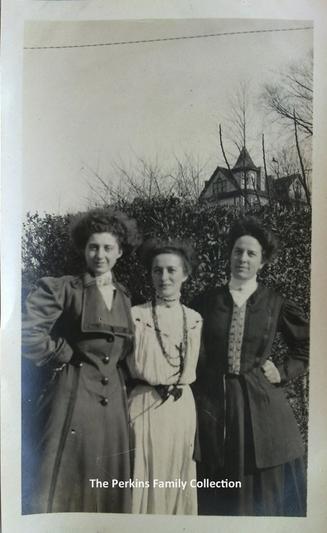 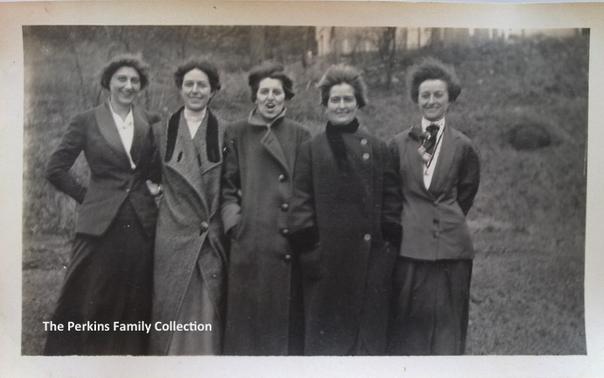 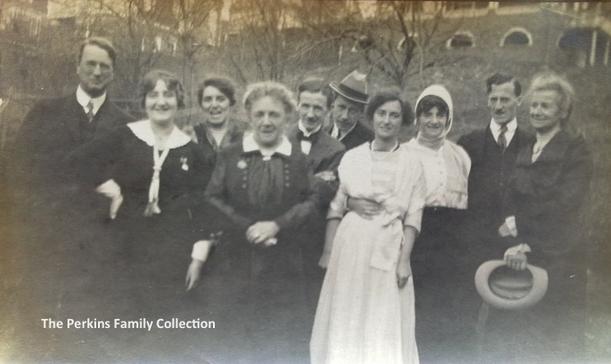 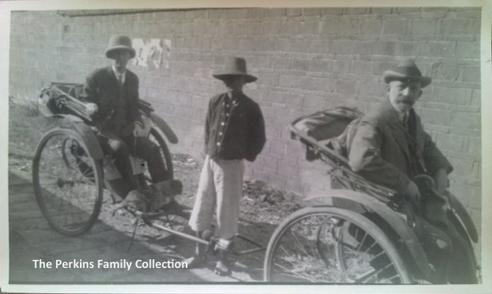 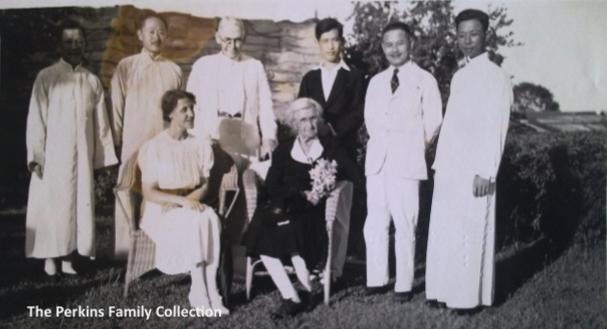 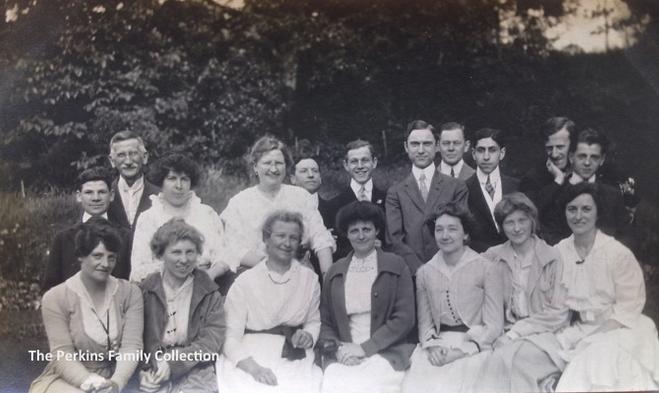 Georgina and her father and mother. 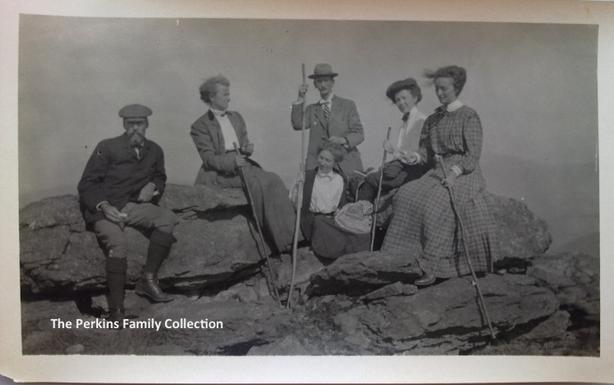 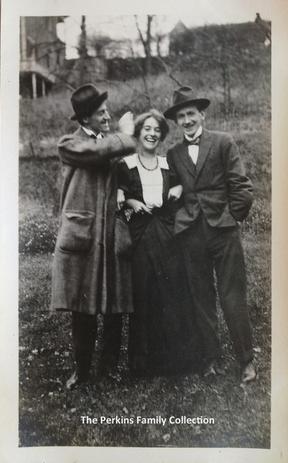 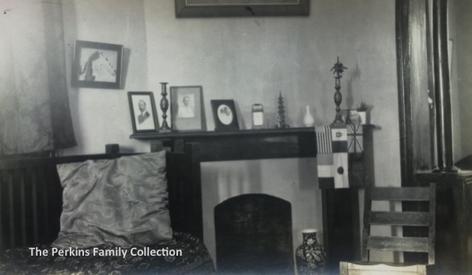 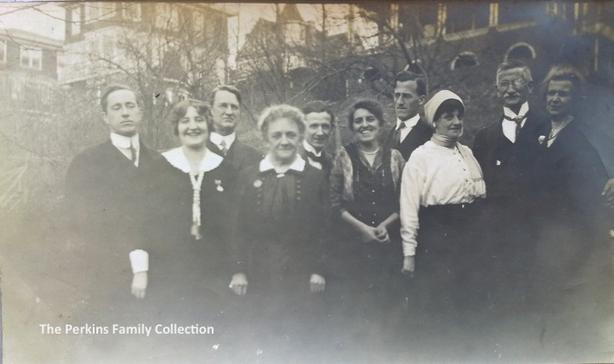 Georgina and her cousins - they sure looked alike as if they were sisters. 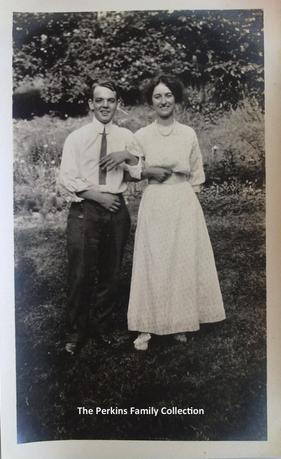 Close Family Members of the Couple 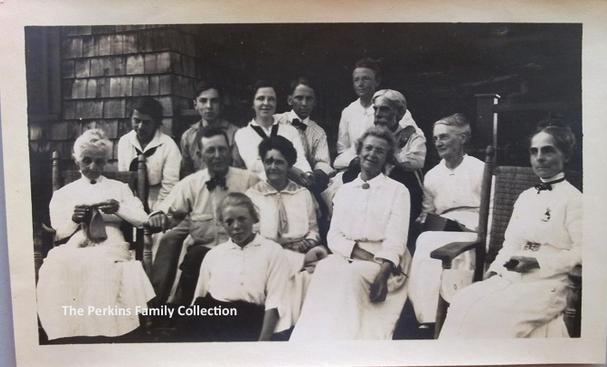 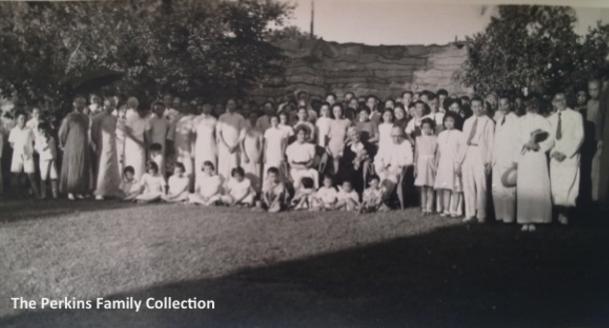