Snap Shots of The Metropolis of Hankow (or Hankou, 漢口) Before the Height of the Great Flood 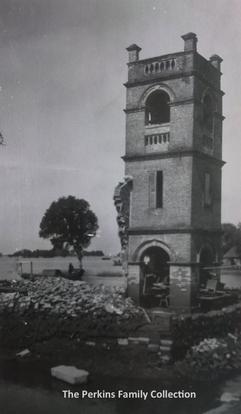 "The Methodist Day School in Siao Chih Keo during the flood. {OC}" 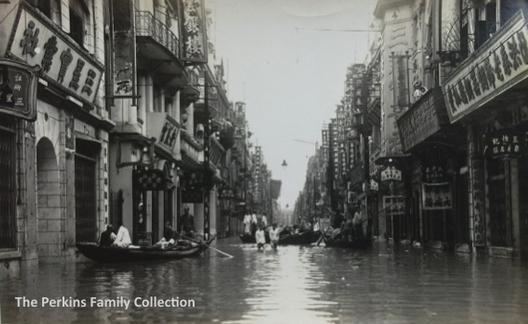 JUMP TO: "About These Old Photographs" 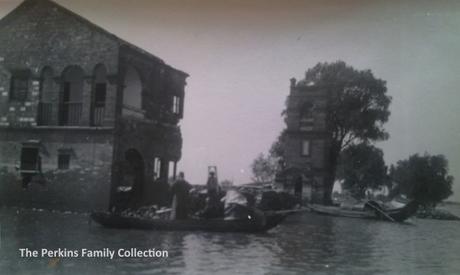 Downtown Main Streets in Kiukiang: "A view of our main street--you came through this Kiukiang July, 1935; 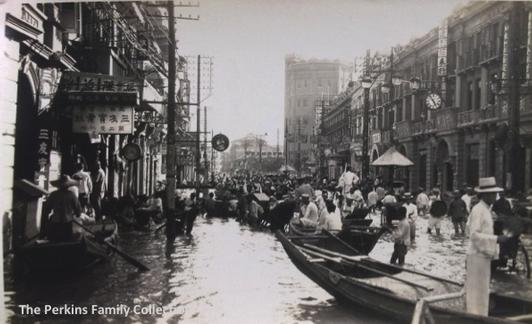 Go To "Refugees and Camps" 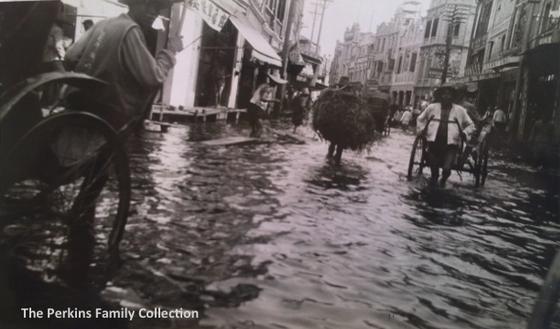 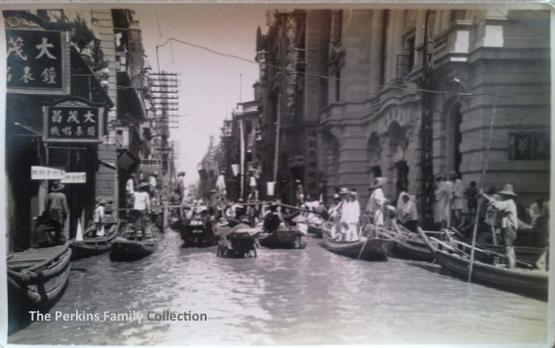 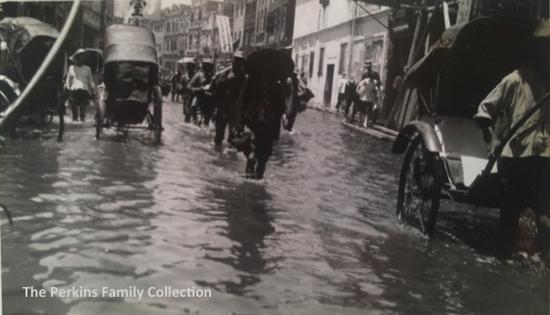 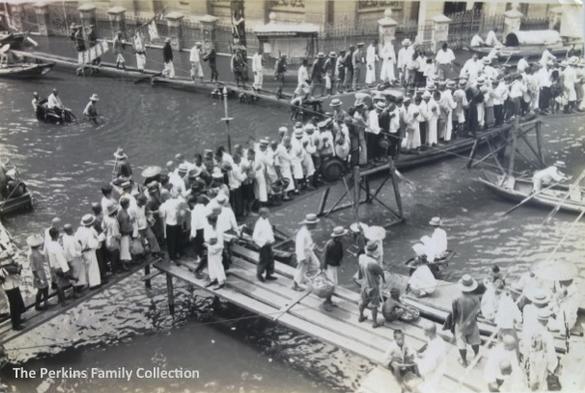 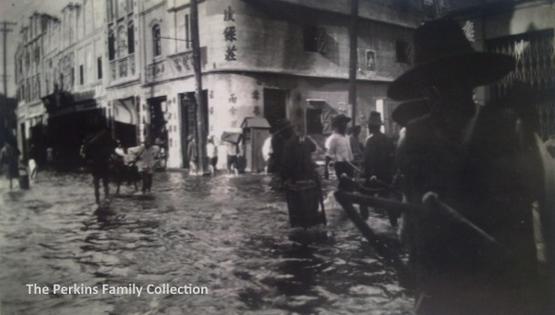 These are just a few pictures found from the Perkins Family Collection regarding the flood. However, it is enough

to illustrate the dire magnitude of the Yangtze River Flood <长江洪水泛滥> when city streets on dry land became the second coming of The Venice.

Images of Hurricane Katrina in the summer of 2005 would come to mind, except this flood was much greater.

Hankow (漢口) is the modern day Wuhan, Hubei (湖北，武汉), Where the Han River (漢水) Flows into the Yangtze River (扬子江).

"Hankow flood before they were at the worst {OC}" 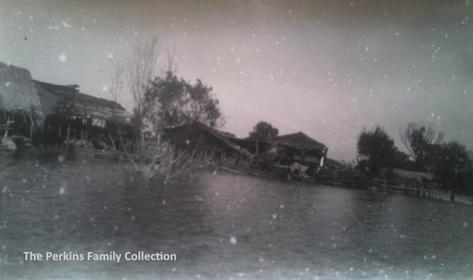 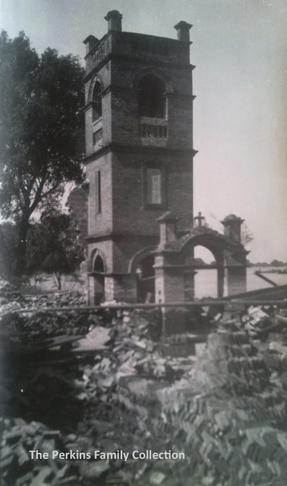 What Use to be Streets in Front of the Old WLH Compound:

JUMP TO: "First Impression of Kiukiang" 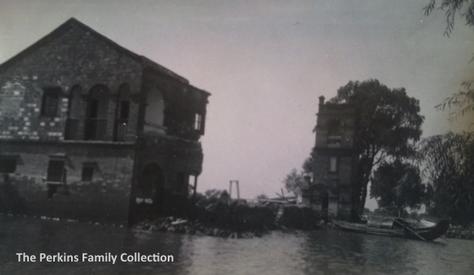 JUMP TO: "The Perkins" 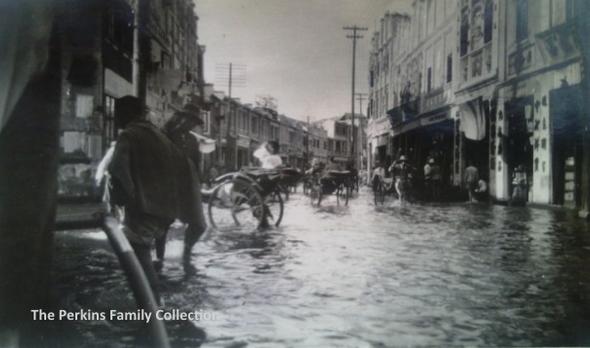 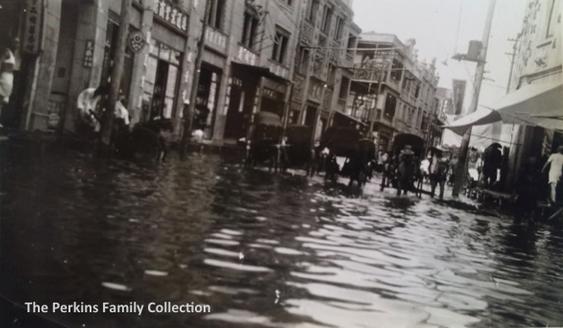 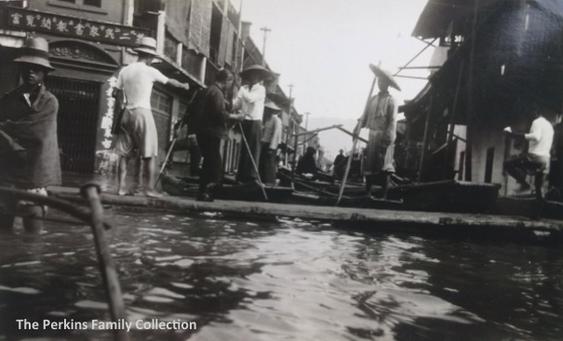 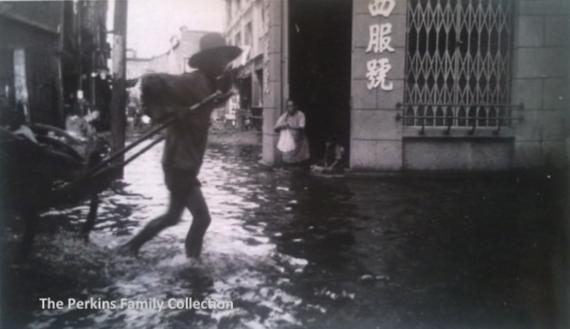 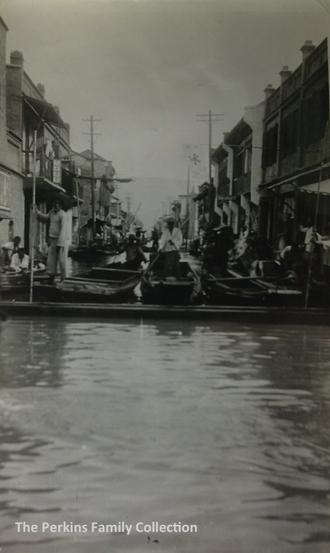 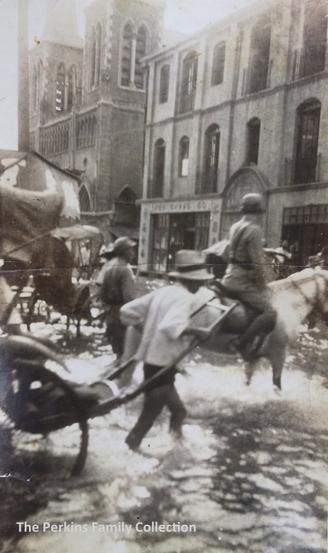 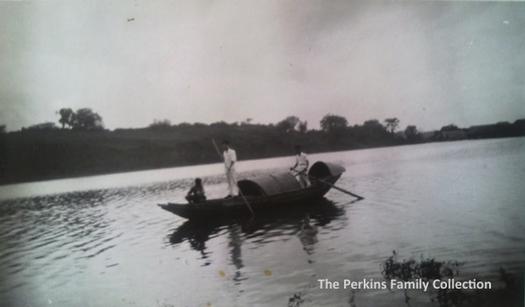 Convenient Usage of the Flood Water: "Kiukiang's main street after the flood began to subside;note the woman and girl doing the family washing at the front door {OC}" (I believe those Chinese characters at right translate to 'Western Clothing Department Store') 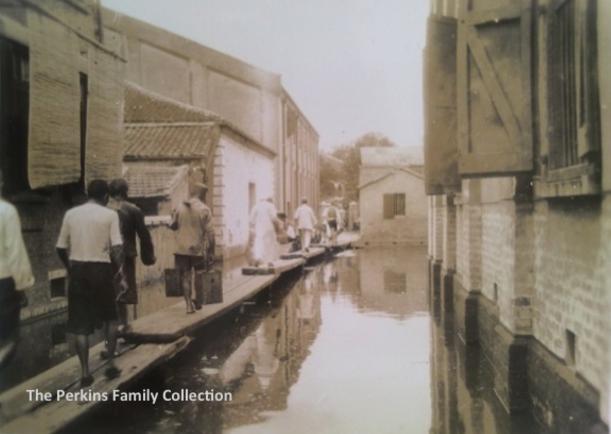 "Whatever is left of the Methodist Church in a small town across the river from Kiukiang, called Siao Chih Keo. {OC}"