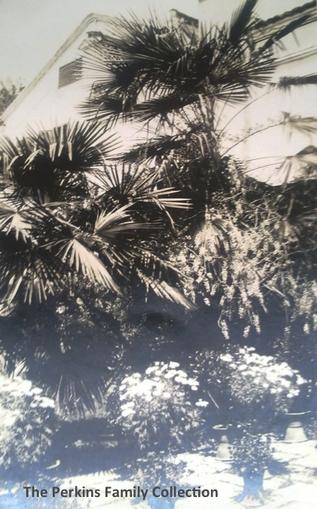 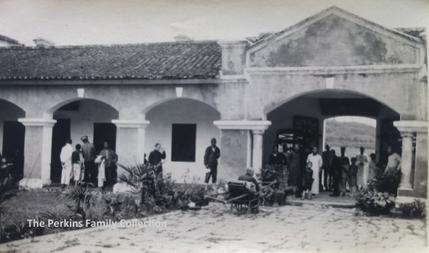 "My new office window (the shutter right next to the pergola or the arbor (the wooden structure), large and airy with outlook toward front gate and over one court. Water of Life Hospital, Kiukiang. {OC}"

Back To: A Tribute to Dr. and Mrs. Perkins <裴敬思醫生和裴夫人> 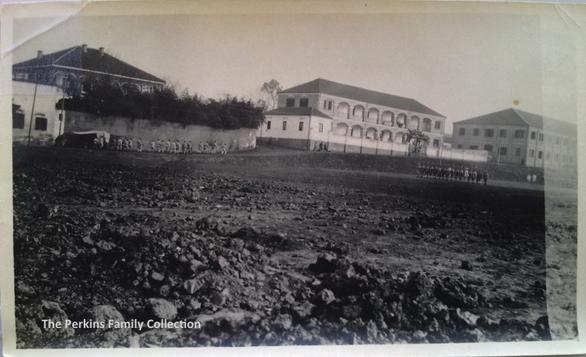 Too bad, these old photos are not colored, as one cannot help but realize that the old WLH has a feel of botanic garden to it.

"Inside court of Water of Life Hospital. {OC}"

and lanterns. The entrance hallway

leading to the chapel. {OC}" 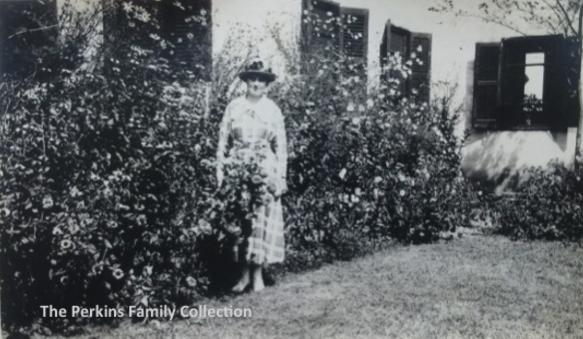 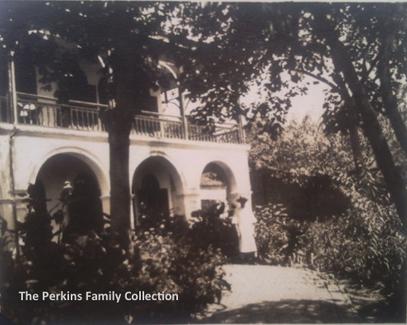 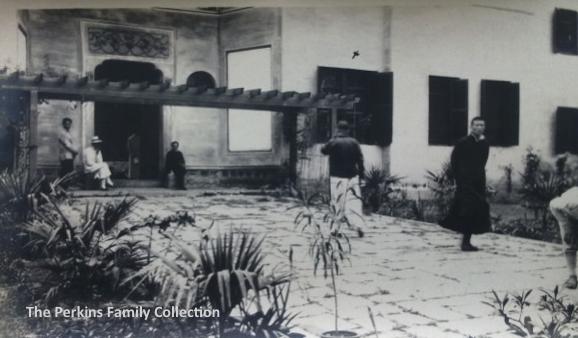 To Visit the New WLH
Back to Top

"Another glimpse in the garden of the Water of Life Hospital.  The round ball of fluffy growth is the cypress vine;that also covers the frame work where in the spring time the wisteria hangs. {OC}"

"The path leading to the chapel – at left – pansies, sweet, peas, snap dragon, marguerites, all making the path gorgeous with color {OC}" 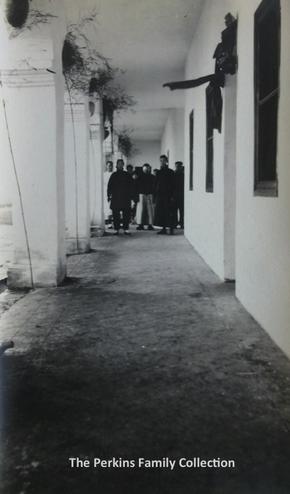 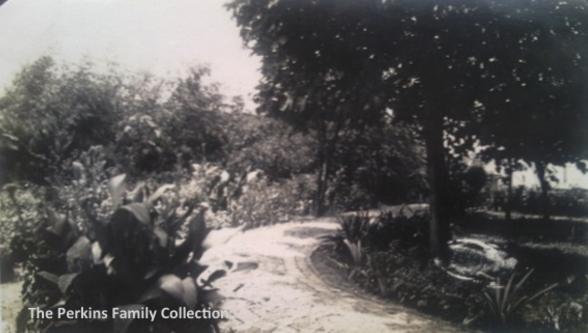 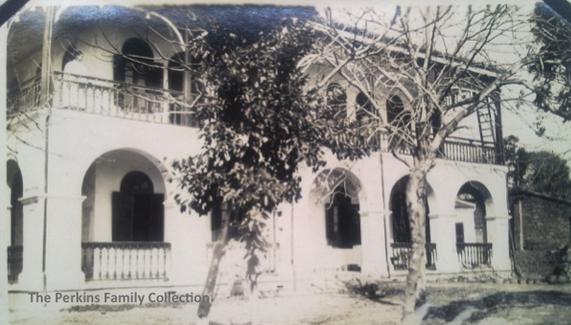 Visitation and Recognition by the Republic Government for Contributions from W.L.H.

"The court opening out our hospital green house which just now given us post of violets for patients. Dr. Perkins standing at a court opening of the hospital tat would lead the living quarter for guests. nurses, personnel, etc.  February, 1921. {OC}" 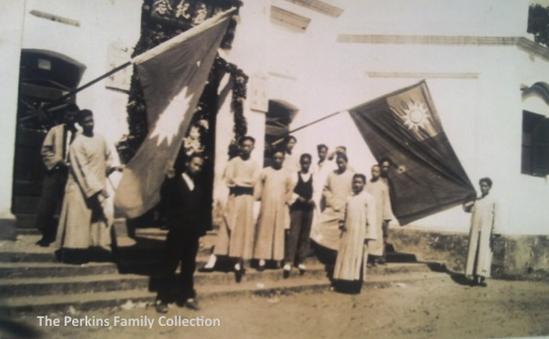 "A Scotch lassie (Mrs. Perkins calling herself) standing in the court of Water of Life Hospital among zinnias and cosmos, Kiukiang, October 1921. {OC}" 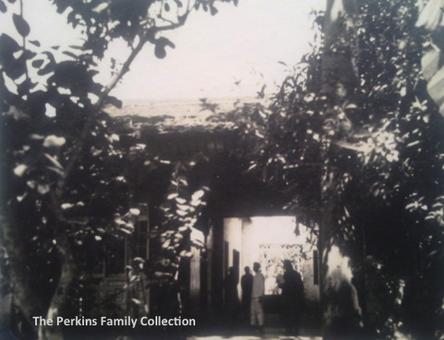 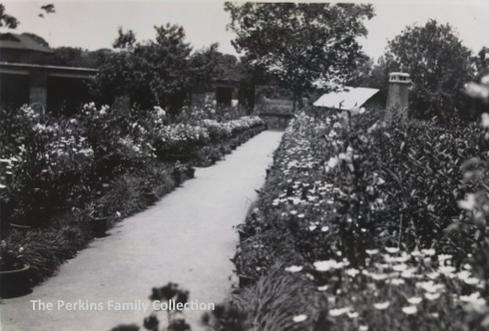 "Court showing the inner doorway leading to another court: Mrs. Perkins' office window is marked with a tiny black 'x'. The pergola or the arbor (the wooden structure) is lined with wisteria that should bloom this coming spring. {OC}" 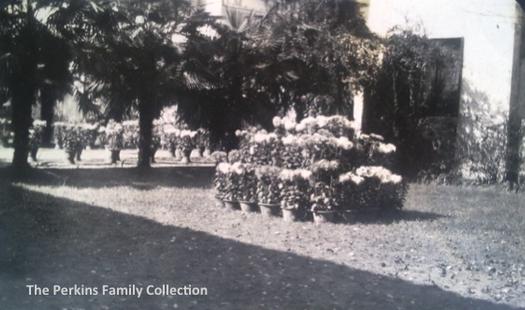 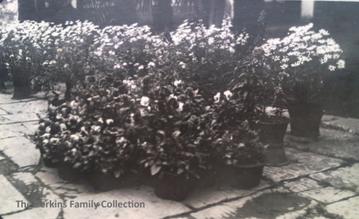 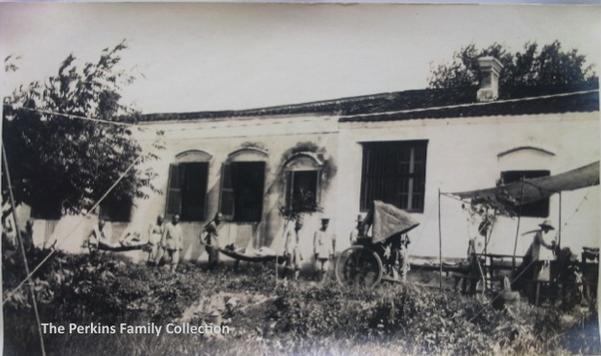 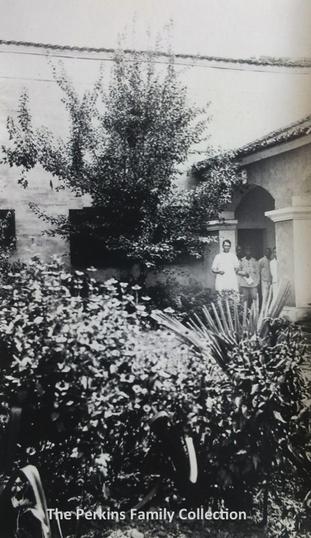 "The roof of the foreign house - the contagious ward. {OC}"

"This beautiful colonial house for foreign guests on the WLH compound was turned a contagious ward:

Typhus and TB were just sweeping through the region.... {OC}" 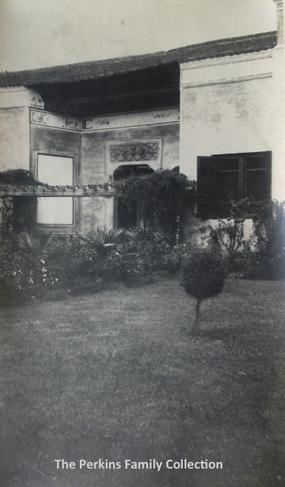 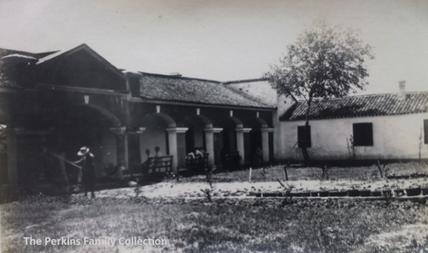 Arrival of the Ploeg Sisters, the Front Gate of the Old WLH!

"Dr. Perkins standing by the maple tree he and Mrs. Perkins had planted two years earlier.  It was barely as tall as an index finger when it was first planted!" "And yes, Dr. Perkins was forced to come over for a second for this special photo during his busy morning clinic hours. (OC}" 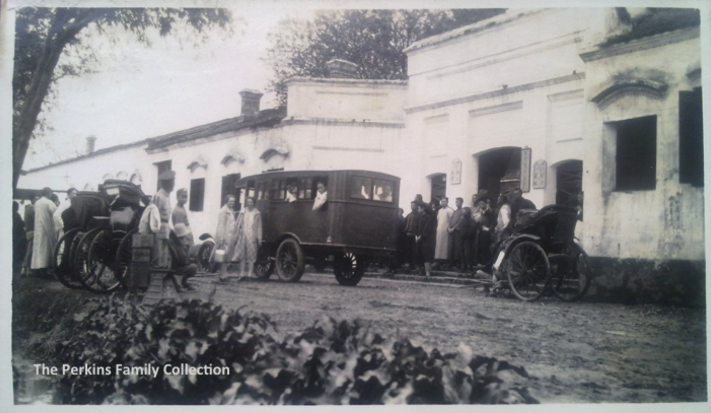 Really hard to tell this is part of a hospital. 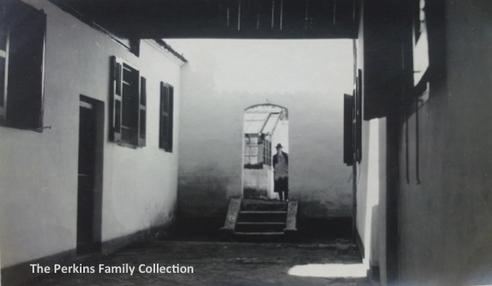 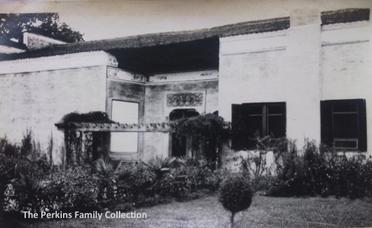 An approximate perspective in relative locations 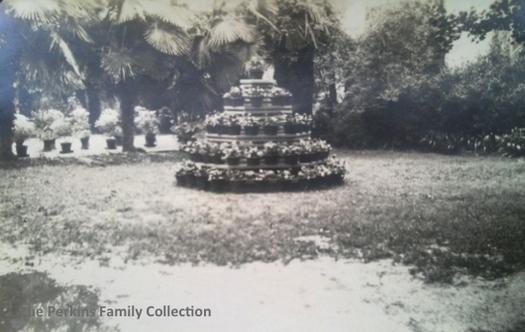 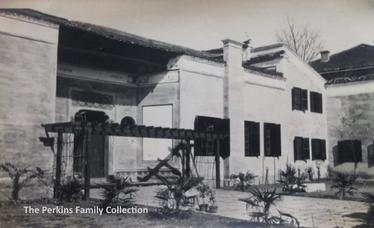