Regarding Their Stint in Taipei, Taiwan in the mid-1950s:

Again No Photos – If Any; Still Researching But Here Are Some Info

A BRIEF NOTE: During this time, our dear Dr. and Mrs. Perkins had seriously slacked off taking photos. Perhaps by the 1950s, the camera and its technology were too advanced that it had become too easy to take pictures, no longer a challenge.  So there are very few photos – if any – found thus far for this era. However, with a sole purpose, there were many letters written during this what appeared to be a trying time (for one, Mrs. Perkins just had surgery to remove a tumor). Many letters were from Pittman Center (Sevierville, TN), with some written from 55 Forest Street, Hartford, CT, the home of Dr. Perkins’ brother Henry and his wife Olga (Flinch Perkins, she was an actress). In one, they proudly spoke of Henry and Olga’s daughter, Ms. Evelyn Perkins (Ames), who had just become a highly accomplished poet and author (Daughter of the House, A Glimpse of Eden, The Hawk from Heaven, and Dust on a Precipice, etc.).

From many of these letters, though, one can sense that the couple was struggling to grapple with the reality of serious poverty in the South. Another theme but on a lighter note was that Dr. Perkins was initially not permitted to practice because his license was from New York. Thus, he was asked to retake the Medical Board Exam in 1951 (at the age of 76!) to obtain a license in Tennessee. Ten months later, Tennessee wrote to allow him legal practice without retaking the Board Exam. Still, Dr. Perkins continued "to read away and learn because modern medicine had advanced immensely in the West" during his years in China.

The website also indicates that, "....生命活水診所，位置就在今天新生南路台北衛理堂的地點.... <English Translations: "....Water of Life Clinic, its original location would be at today's Taipei Wesley Methodist Church....>".

Upon googling this address and the one shown on the above name card, they are not the same but not too far apart either. 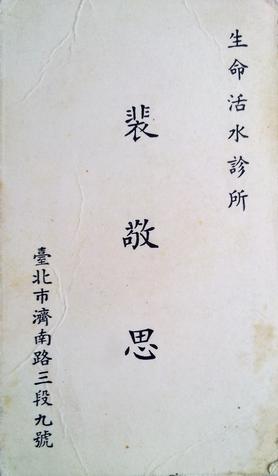 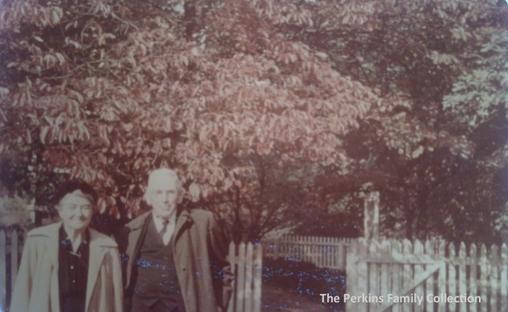 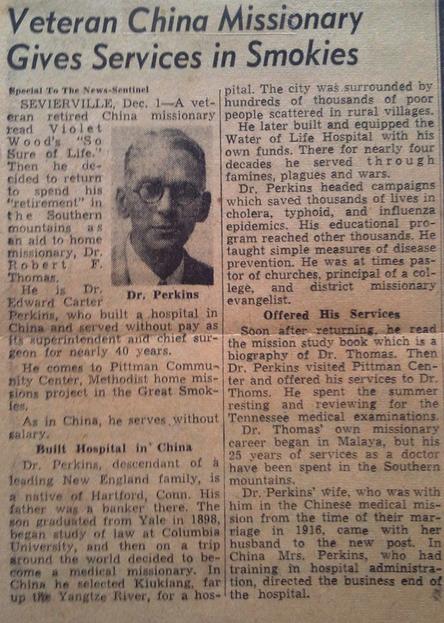 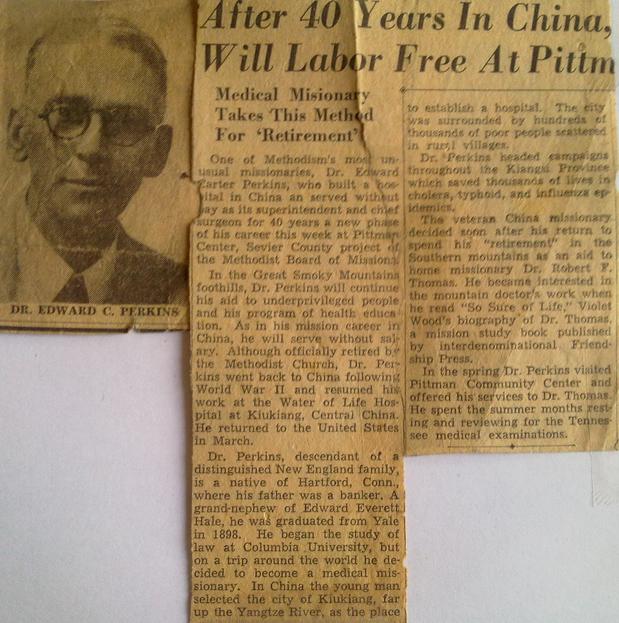 Back to "The Tribute" 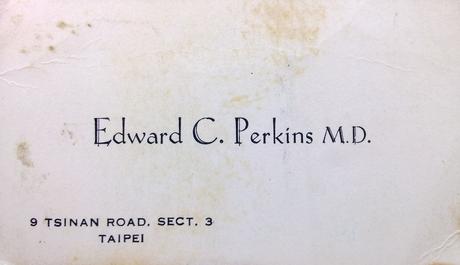 Newspaper Clippings of Their Pending Journey to the Great Smoky Mountains

In addition to letters written from Taipei, here is a website documenting their work in Taipei: http://www.cosmiccare.org/Magazine/2015/201508_editor.asp