was downloaded free from "http://geography.about.com/library/blank/blxeurasia.htm".

Page B – "To The Far East Via Siberia." <从西伯利亞进入东方>

Dr. Perkins' Odyssey To The Far East Via Siberia in 1913

The journey no doubt involved the longest railroad in the world, The Trans-Siberian Railway. Based on the reading, Dr. Perkins might have also ridden on the much-storied and strategic Chinese Eastern Railroad (CER: 東清鐵路, or Trans–Manchurian Railroad), which was owned jointly by Russian and Chinese in 1913.  CER was a source of Russo-Japanese War of 1904–1905 as well as many other subsequent conflicts.  It was handed back to China in 1952.

An Adventurous and Humorous Account By Dr. Edward Carter Perkins <裴敬思醫生> in the Summer of 1913. 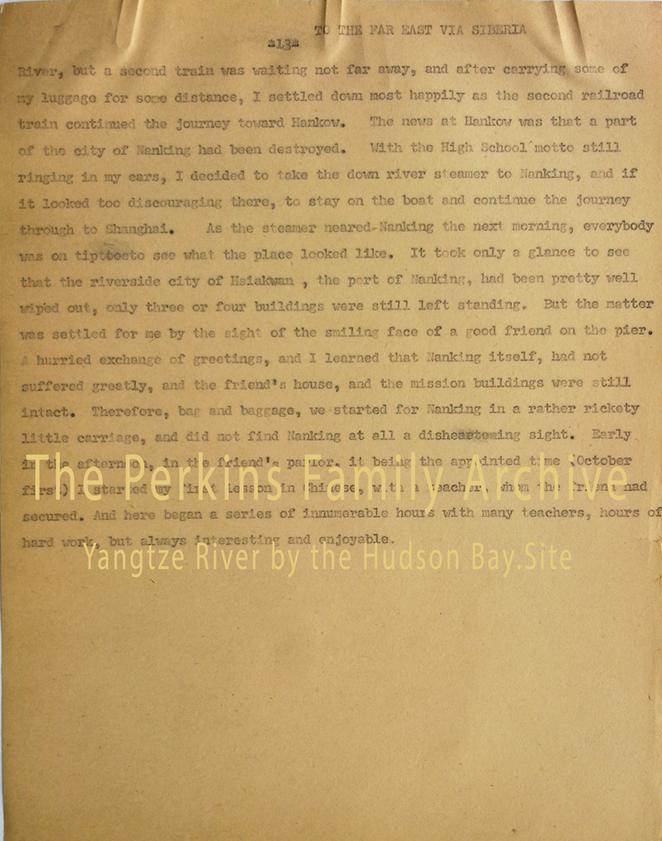 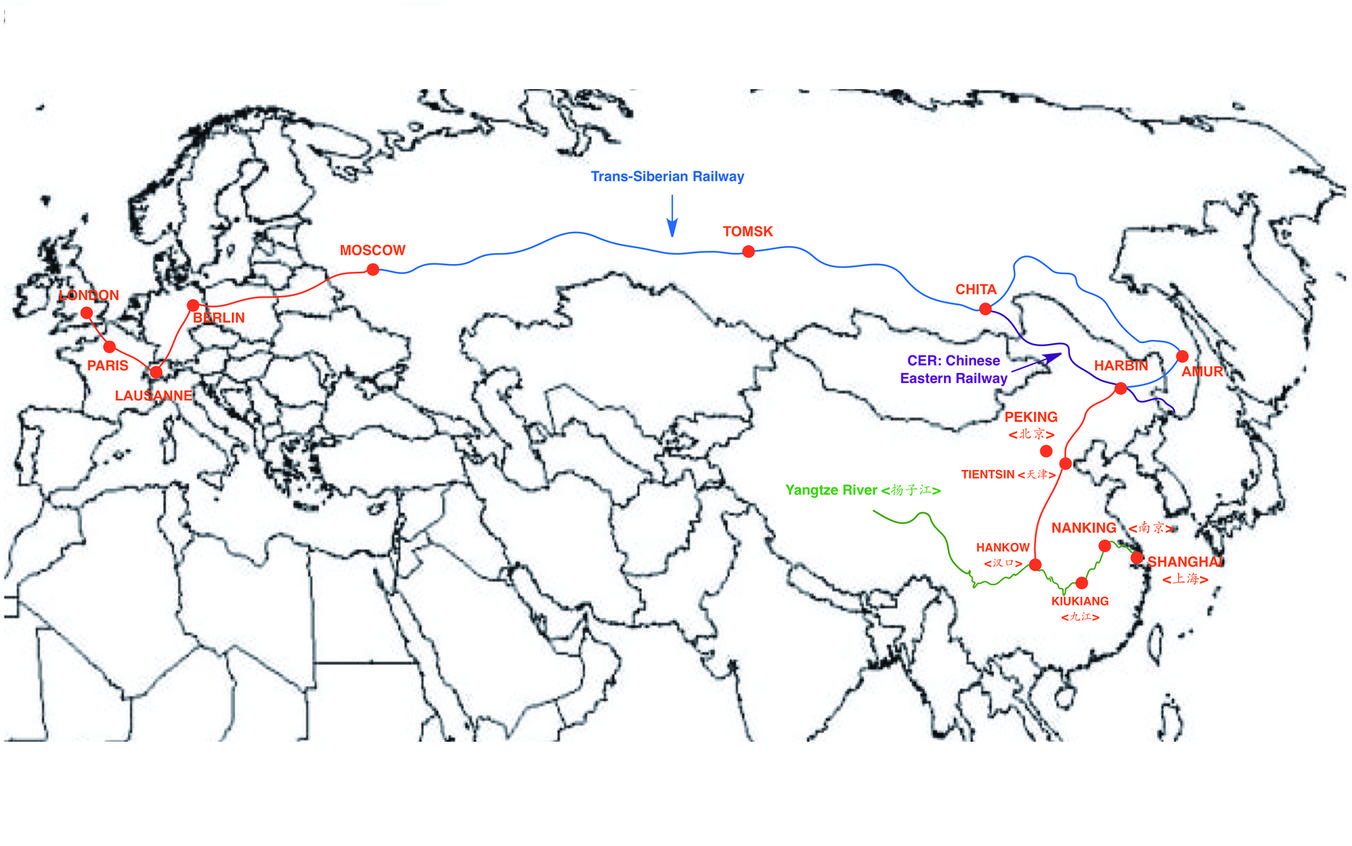 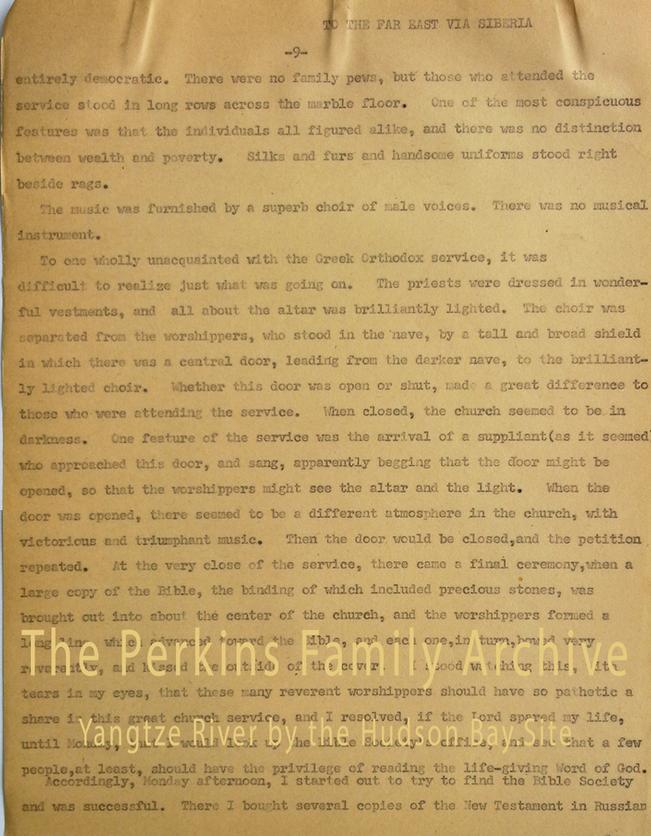 BACK TO THE FIRST HALF 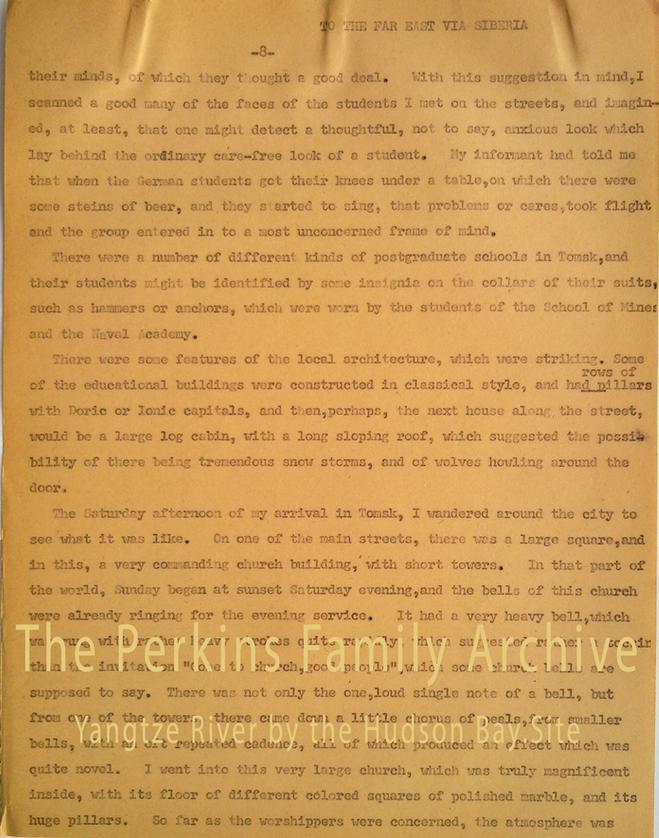 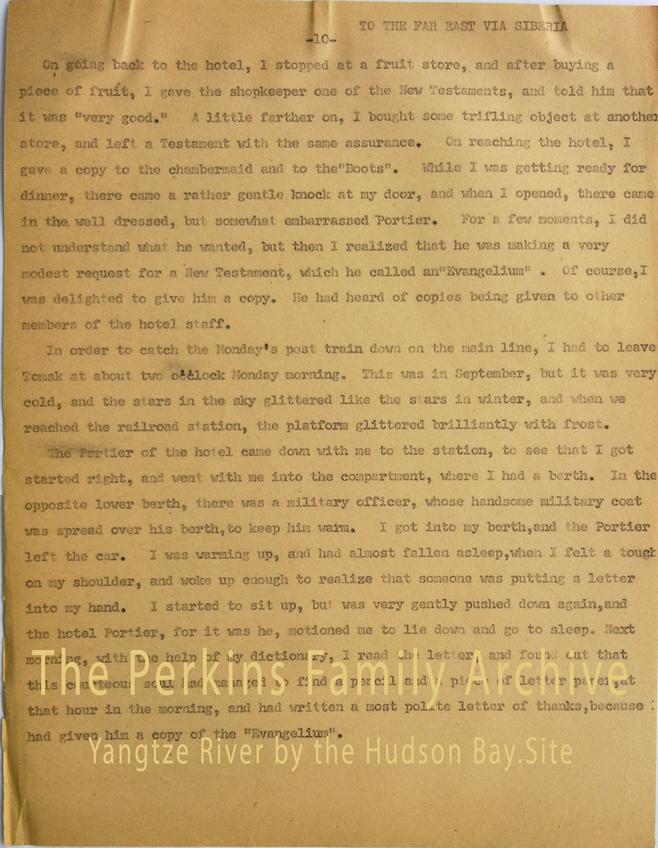 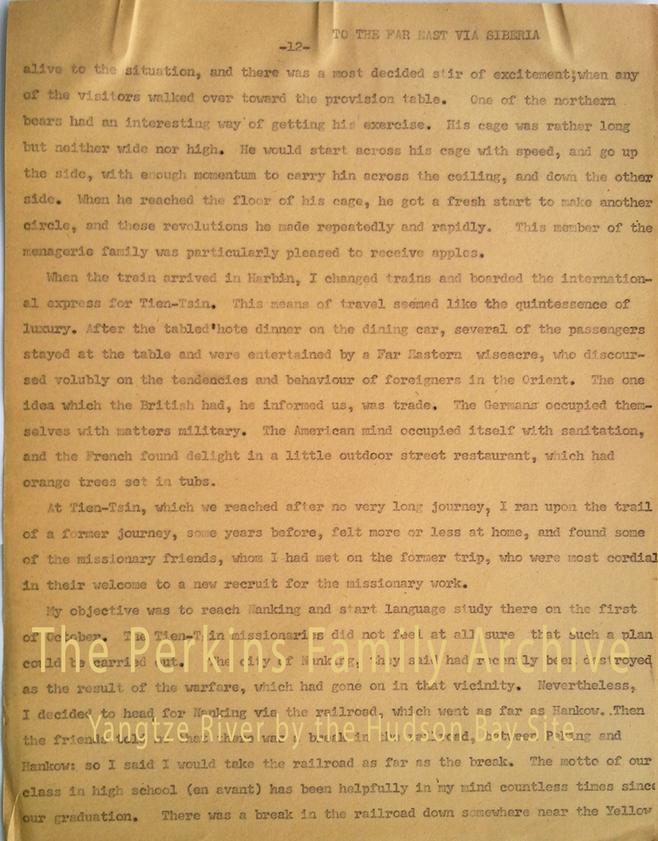 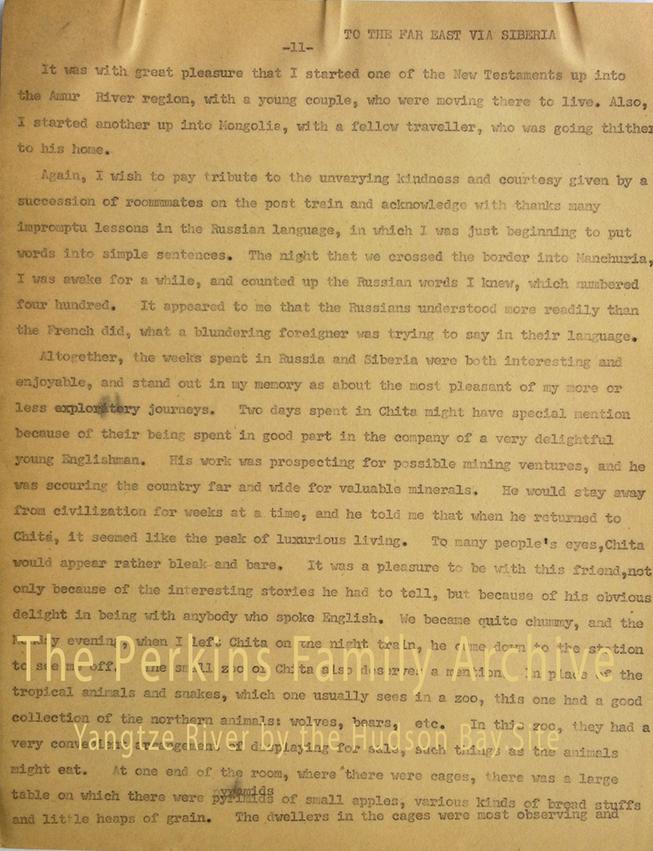