Huge volumes of old photographs presented here on various webpages (Site Intro, The Perkins, and Water of Life Hospital) are taken from the original Perkins Family Collection.  All of these JPEG files are retakes of the originals, and many of the original pictures were taken well over 75 years ago, while some of them are closing in on being a century or older.  However, it is amazing that most of these black-n-white photos have been kept in good shape, especially considering how many of them had traveled from Kiukiang (九江) to Shanghai, to Yonkers, NY, and then back to Kiukiang as well as Yonkers and may very well include a trip to Hartford, Connecticut before at last landing and staying in Grand Rapids, MI, and that they were also neglected at various points during the past forty years because of lack of interest from descendants of the family. The albums that hosted these photos have suffered the most amount of decay, and some albums are shredding.

All in all, they were kept in this well-traveled metal suitcase – which was made available to me for the task of establishing a website to honor Dr. Edward C. Perkins and his wife Georgina, and in the process, to also honor those who worked alongside with them.

There are hundreds and hundreds of pictures. Some have annotations, even including years when they were taken – some have no info. It quickly became clear that scanning them was not an option because the scanned-in file would take up much memory space with much loss of the original resolution. That was such a bummer because it was easy to do. I had to retake these pictures one by one, and to compound the problem, I am unfortunately not a professional or anything when it comes to photography – I used a handheld old cell phone. Consequently, it turned into an arduous task. Nevertheless, I am surprised and feeling fortuitous that they look as clear as the originals, at least for the size I am displaying them here.

Of course, under somewhat of a time crunch, haste has also been an element – regretfully so but true. In comparison, retaking photographs that are already individualized was quite straightforward in mounting (right on a white desktop) and snapping. Subsequent cropping does a decent justice to the original picture since I can include nearly its entirety. Retaking those that are still mounted in an album proved to be a challenge. At first, because some pictures have descriptions written in the back of them, including years, I attempted to peel them off the decaying album. That was a mistake – regrettably, as many of those backsides turned out to be blank with no info written on them. They are either anchored tightly at four corners or permanently glued to the 100-year old black cardboard papers of these old fashion photo albums, which are antiques themselves. Okay–I should have consulted experts.

Oaky–those I peeled off would quickly curl up, and I needed to uncurl them ever so gently by rolling the corners back in the opposite direction. There was nearly no damage done there, but as I snapped, part of the curl would roar back. I decided not to tape them down on the desktop, fearing further damage from additional peeling. As a result, retakes would mostly look skewed, and the ensuing cropping would need to cut off edges and corners, thereby leading to a loss of ~ 5-10% of their original views. I abandoned this wonderful “technique” altogether halfway through the process at the expense of losing possible info on the backs of these photographs. I retook them simply as they are on the old albums. I could get most of the original views, but I don't know if there are valuable words written on their backs.

Moreover, I have provided some captions to the best of my knowledge and based on info available on the back of these photos. However, aside from a few key individuals, I have refrained from indicating names on these photos outside the obvious folks because (a) my knowledge of these additional people and what they do are limited, although some of them are likely well known in their own rights because the Perkins family had frequently interacted with a series of high profiled mission workers during those decades in the Kiukiang (九江) area; and (b) I am simply trying to give some level of privacy and respect to these people. I can remove these pictures at your request if they turn out to be your great grandparents, grandparents, or granduncles/aunts. Or conversely, you could kindly help me adding new captions.

Lastly, please respect the rights (Copyright©) of the Perkins Family as the owner of these photographs. Please contact me if you need to have access.

Originals can be made available if there are any requests – particularly for historical reasons. Well then again, that may be a waste of words, since most likely only those who are interested in history – be that of Christian mission or the old China, and be that Americans in the Old China would find these pictures interesting if not also invaluable. After months of working with them, I have gained an immense amount of respect for these people and what they were able to accomplish during the most trying time around the world, let alone China, in that first half of the 20th Century. As I became more involved with these pictures, I would find myself staring into their eyes and would become deeply enamored with their stories – whether already told or written or lost and buried. Their stories are not about brutal invasions, self-righteous crusades, and haves oppressing have-nots; or about one ideal ruling over another and one religious belief suppressing another.

Their stories are about redemption. 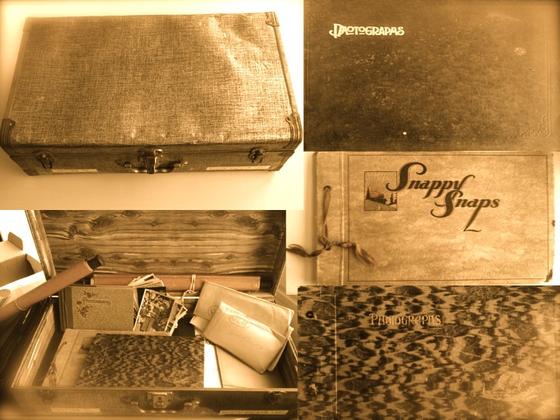 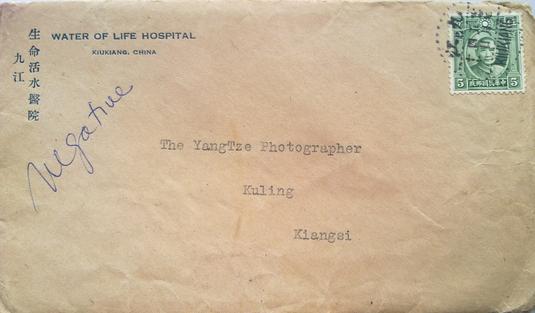 About These Photographs from The Perkins Family Collection©