A BRIEF TRIBUTE:  According to descendants of Rev. and Mrs. Hsiung, and also documented here, there was a mandate around 1926 from the education conscientious Republic Government that a preference would be given to native Chinese to serve as principals, headmasters, and presidents of high schools and colleges. This rather under-publicized mandate should be a significant benchmark in Modern Chinese History. Although the Westerners had commendably brought invaluable modern educations to China some fifty years earlier and established vital infrastructures with many using their financial resources, it was imperative to commence a transition of higher educations back into the Chinese people's hands.

Consequently, in 1927, Ms. Grace Wu (吴懋诚) became the first Chinese Principal of the Rulison-Fish Girls High (儒励女中), and that Rev. Russell Hsiung (熊祥熙) the first Headmaster for the William Nast Academy (同文中学).  Besides, it is noteworthy that in the ensuing twenty-five years, Ms. Wu and Rev. Hsiung served valiantly for their respective schools despite wars, famines, and pandemics. In short, they were instrumental in the preservation and survival of both schools during the most chaotic era in Modern China.

Ms. Grace Wu (Chinese Name: 吴懋诚;  Mao-Cheng Wu <sp?>), The First Chinese Principal for The Rulison-Fish Girls High, Should Be in the Photo at Left. (Rev. Hsiung Standing Second From the Left in the Back Row). But Which one is she?

The photo at left was taken in February of 1939 in the Province of Sze-Chuan (四川), where Rulison had moved during WWII. It was given to Dr. and Mrs. Perkins as New Years' greetings from Ms. Grace Wu. 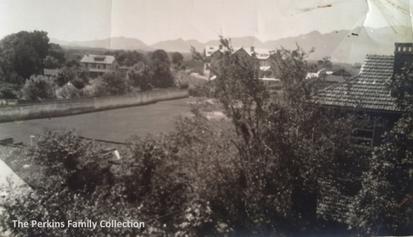 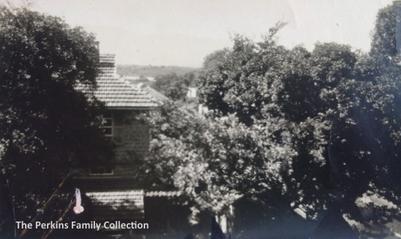 An Actual View of a Classroom at The William Nast Academy 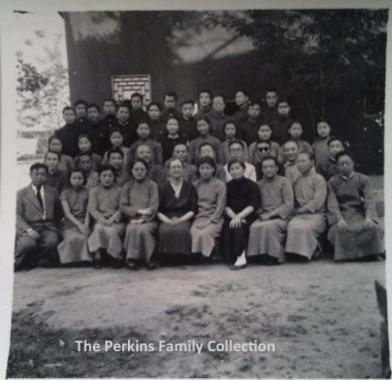 Mrs. Hsiung had served as a faculty for William Nast. Also, like her husband, she was educated at Northwestern University, Evanston, IL.

Mrs. Hsiung is seated here at the center in this combined group photo of graduating seniors and faculties from The William Nast Academy. The woman seated to Mrs. Hsiung's left appears in many photos, but her identity has not been confirmed. 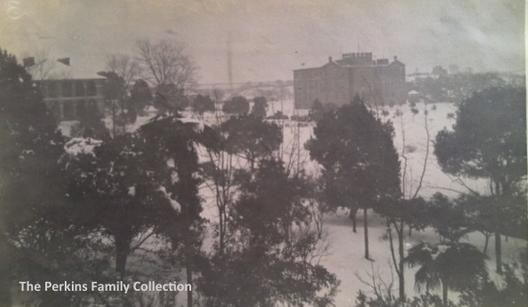 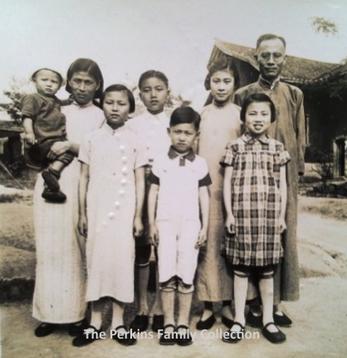 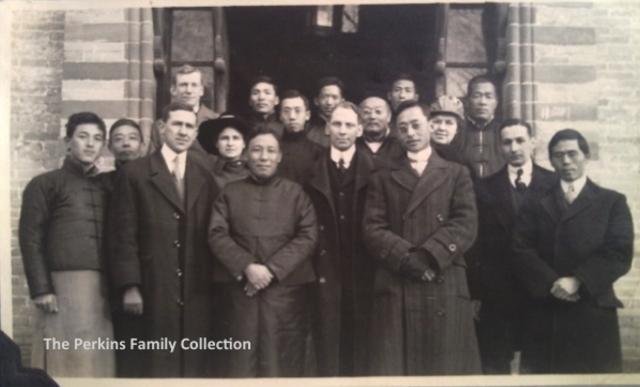 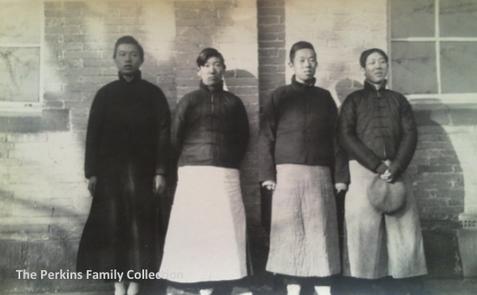 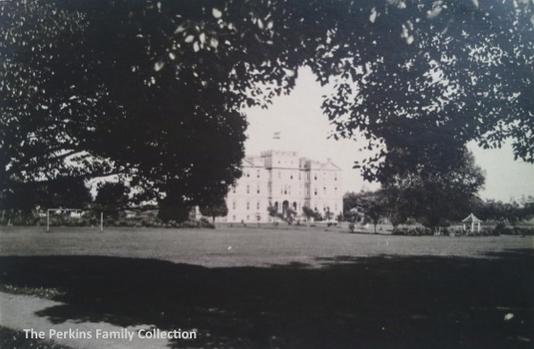 This Family Portrait was given to Dr. and Mrs. Perkins as New Year's greetings.

The photo was taken in Province of Sze-Chuan (四川), ca. 1941, where William Nast relocated during WWII. 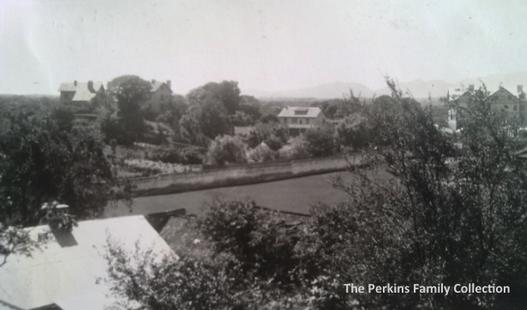 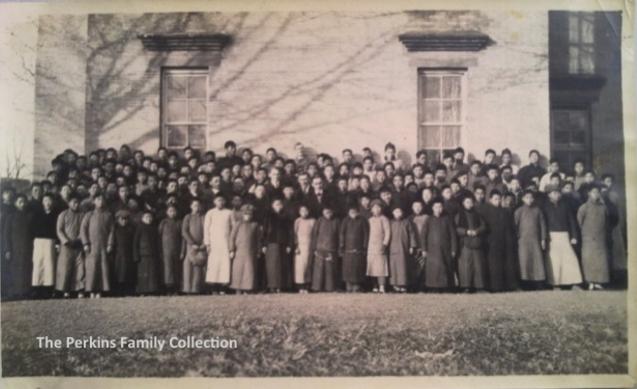 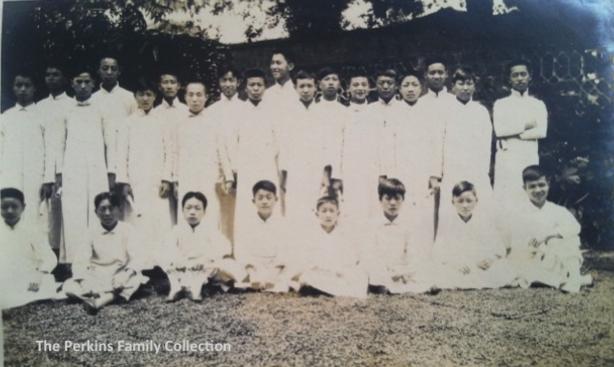 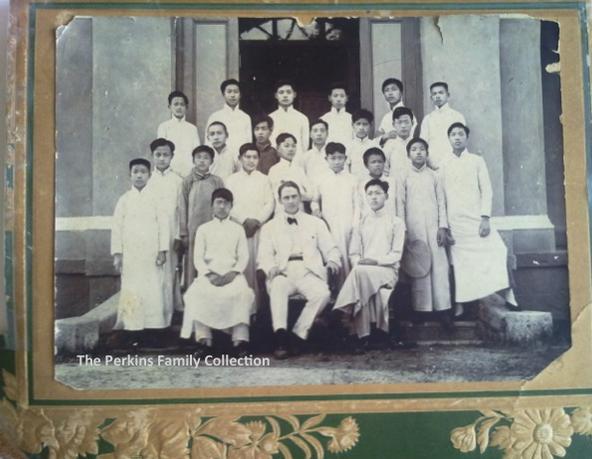 A Famous Group Photo: There Was a Vacancy for the Headmaster Position at The William Nast Academy From 1918 to 1920.

Mr. George Carleton Lacy (力宣德先生), Dr. Edward C. Perkins (裴敬思醫生), and Mr. Hu Chi-Ping (胡其炳先生) served in successions as Acting Headmasters for the Boys School during that time until Mr. Charles F. Johanaber took over as the Headmaster of William Nast from 1920 until 1927.

Mr. Jonanaber is seen standing here 2nd from the left in the front row. 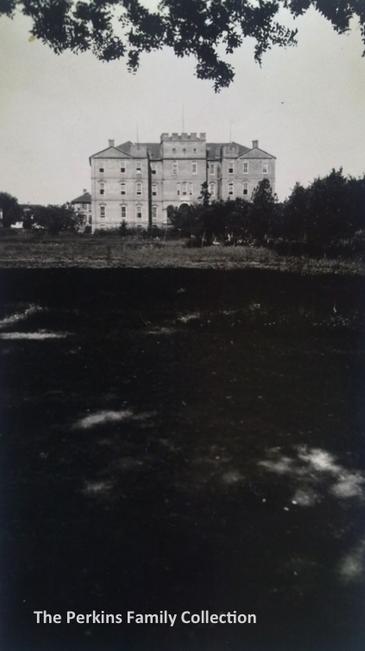 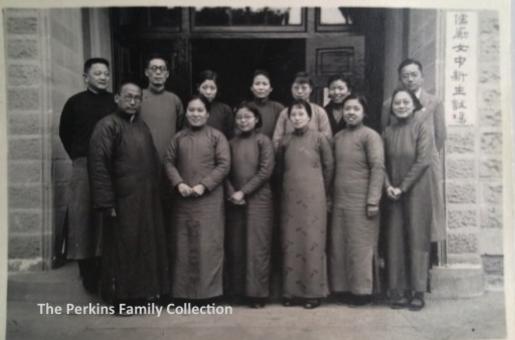 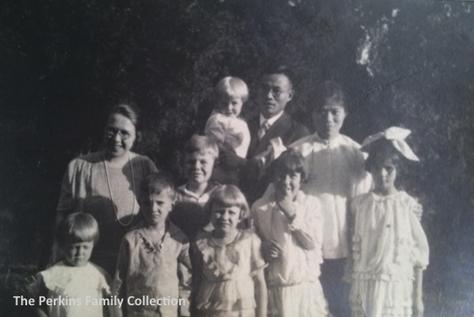 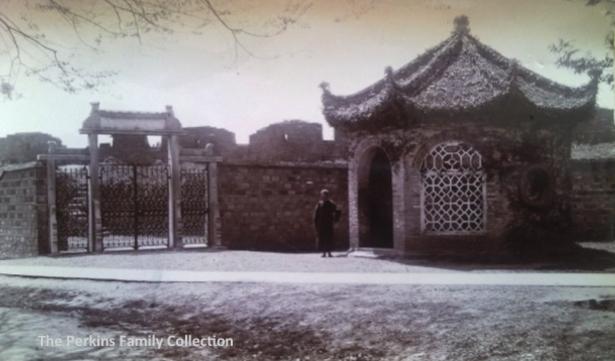 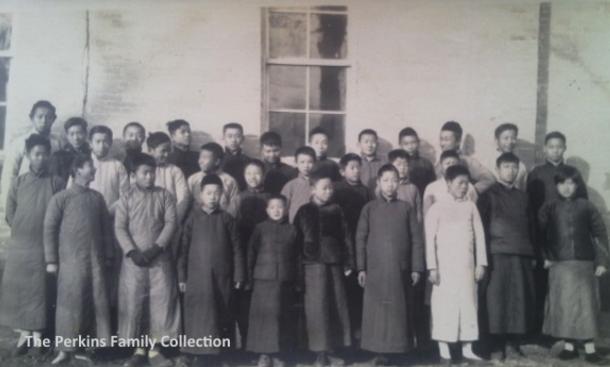 "Mountains at far, Chinese workers' housings in the middle, and 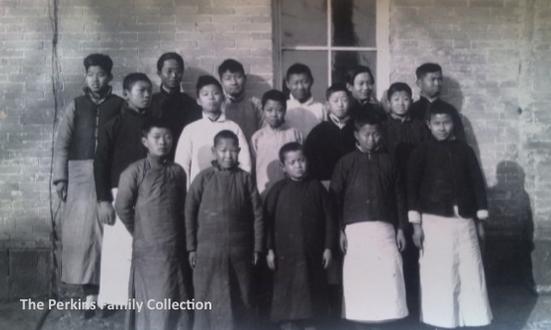 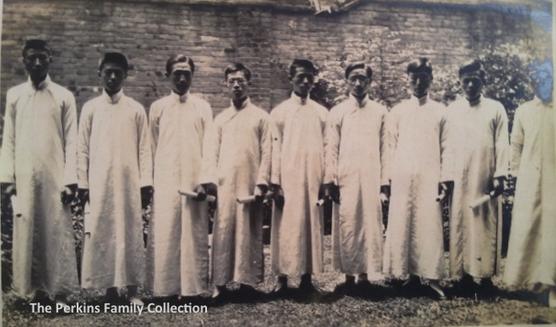 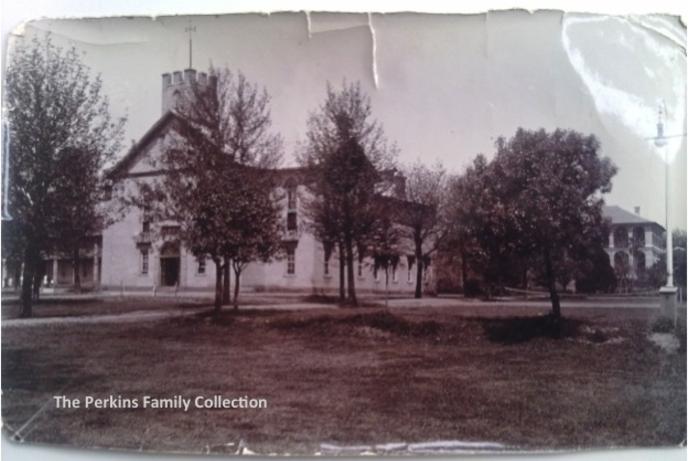 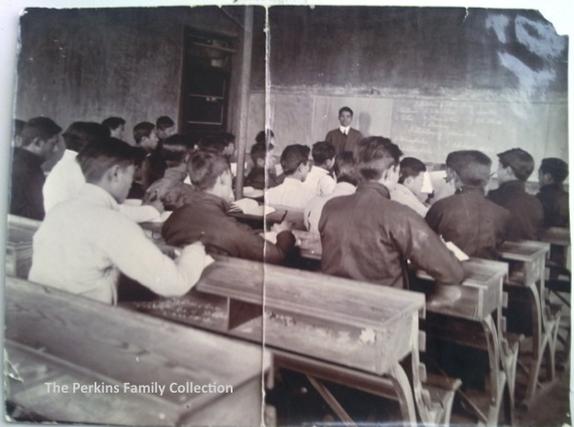 This Photo was taken on October 14, 1926 at a party held in honor of the arrival of Rev. Russell Hsiung (Chinese Name: 熊祥熙; Chiang-Hsu Hsiung) and his wife (Standing to Mr. Hsiung's Right).

Rev. Hsiung Was The First Chinese Headmaster (Non-Interim) at The William Nast Academy: 1928–1951.

Uh – okay no, these are NOT their children.  Mr. Hsiung is seen here holding Frank Henry, son of Clara or Mrs.  Argelander (the woman standing at the very left 2nd row).   In the front row, Helen May, also daughter of Mrs. and Mr. Areglander;  and the 3rd kid from the left is Miss Evelyn Johannaber, daughter of Mr. Charles F. Johanaber, Headmaster of William Nast (1920–1927).

The Argelander Family is featured in many photos from the Perkins Family Collection. They were clearly active missionaries in Kiukiang, but their roles at the moment are uncertain.   They were one of closest friends with The Perkins.

"Left to right-house where Edith,Mabel,and Ann live; next to it,where Ellen,Maybel and Jenny live. The house to the right and below is the one built for Chinese workers with money Anne received as a personal gift,with some other gifts added. To the right across the lane is the main building of the new W.L.H.-note mountains in the background. In the foreground is the roof of our servants' house-beyond is W.N.Jr.campus {OC}"