To See: "The Old Kiukiang"
JUMP TO: "About These Old Photographs"
To See: "The Great Flood" 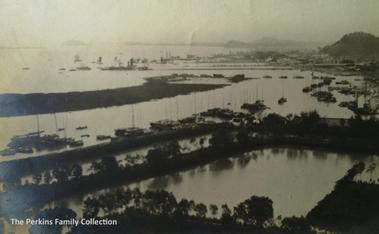 The Yangtze River (扬子江), or "Chang Jiang (长江)," winds its way eastward 3,915 miles (6,300 km) in all carrying the melting glaciers high up from the Tibet-Qinghai Plateau of 16,000 ft (5,000 m) in altitude in China into the East China Sea near Shanghai. Since ancient times, the river has provided "water of life" for those who lived by and thrived while serving as the rudimental foundation for those densely populated along Southwest, Central, and Eastern regions of China to flourish and build invincible civilizations. Wars, be that romantic, idealistic, or simply meaningless, would come and go, and dynasties (朝代) would change hands (and last names) every few centuries or whenever their version of King Louis XVI shows up, but the river has always been there to stay. Consequently, China's history and the river would be intertwined endlessly and seamlessly through the ages for thousands of years. But it has not always been about beauty, ingenuity, and grit, the river's history would also include the 1931 Great Yangtze River Flood <长江洪水泛滥 1930年代>, which ranked as one of the most deadly natural disasters of the 20th Century, killing nearly 4 million people ranging from drowning to post-flood starvation and infections. Most of them are poor and desolate farmers who received very little help from the war-ravaged Republic Nationalist Government.

It was right before the Great Flood reached its peak with The Huai River (淮河) and The Great Yellow River (黄河) creating their havoc just north of Yangtze, a little girl was born in a small town called Huangmei (黄梅县, 湖北). Huangmei nestles along the Yangtze River's northern banks directly across Kiukiang (Jiujiang, 九江). Kiukiang is an equally small but better-known city to the Western world in the Province of Kiangsi (Jiangxi, 江西) because it had been one of the oldest Methodist missionary stations.

Some 7,500 miles away on the opposite side of the earth, there lies quietly the famous Hudson River (哈得逊河). This great river would flow southward for some 300 plus miles from The Great Adirondacks of Upper State New York, at a mere altitude of 4,300 ft (1,300 m), meandering through the Hudson Valley and rustling into the embracing Atlantic Ocean by the New York Bay, where the Statue of Liberty stands in the present days. The river, later named after the English navigator, Henry Hudson, would be life to the Native Americans (the Iroquois and the Lenape, who would call the river Muh-he-kun-ne-tuk, the "Great Mohegan," or Muhheakantuck, "river that flows two ways"), and the European settlers when they rediscovered the North America Continent in the 17th Century. It yields an instant treasure for shipping and affords livelihood for railroad yards and towns that would spring up along its banks across America's eastern corridor. In short, the Hudson River (哈得逊河) brings water of life. The most notable disaster was manmade: Chemical pollutants such as polychlorinated biphenyls (PCBs) being released into the river's upstream in the mid 20th Century. The harmful consequences to both wildlife and humans ultimately led to the 1972 US Clean Water Act, thereby acknowledging, at last, the significance of protecting our environment.

The two rivers passaging through time at the two ends of the planet while flowing from two completely different sources would, of course, never have the chance to meet, perhaps not even in a million years. But in a span of half a century, that little girl who miraculously survived the Great Flood of Yangtze would somehow manage to touch both streams. And that little girl is the inspiration behind the theme of this website and the stories therein. 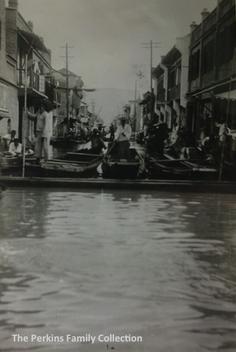 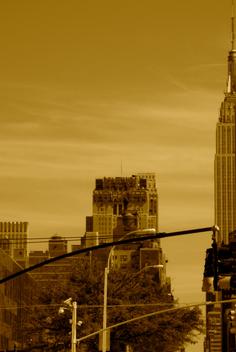 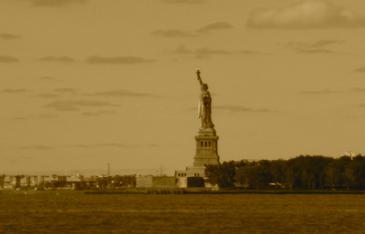