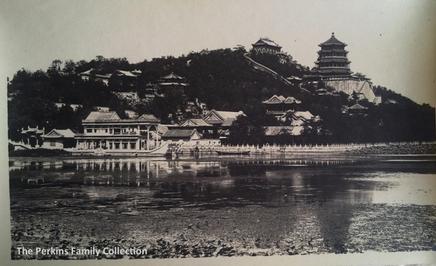 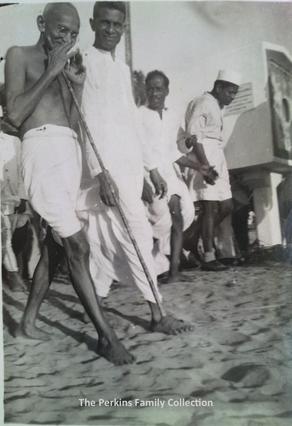 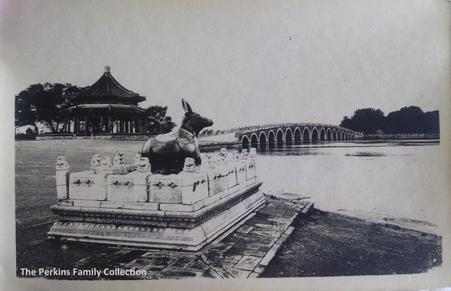 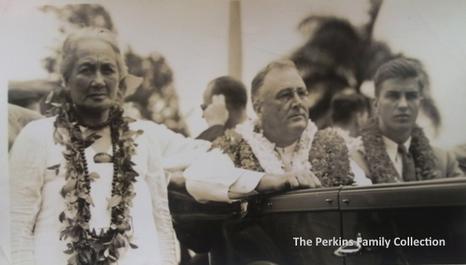 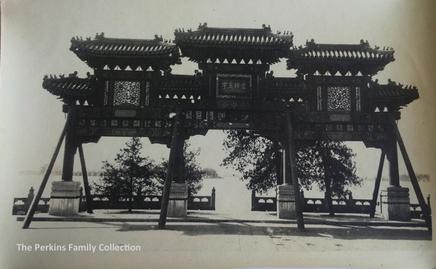 The Ruins of Summer Palace (頤和園) 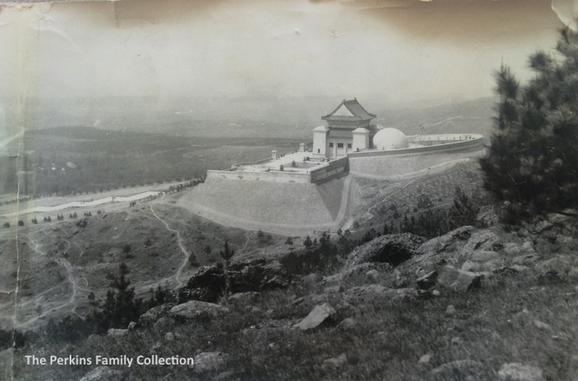 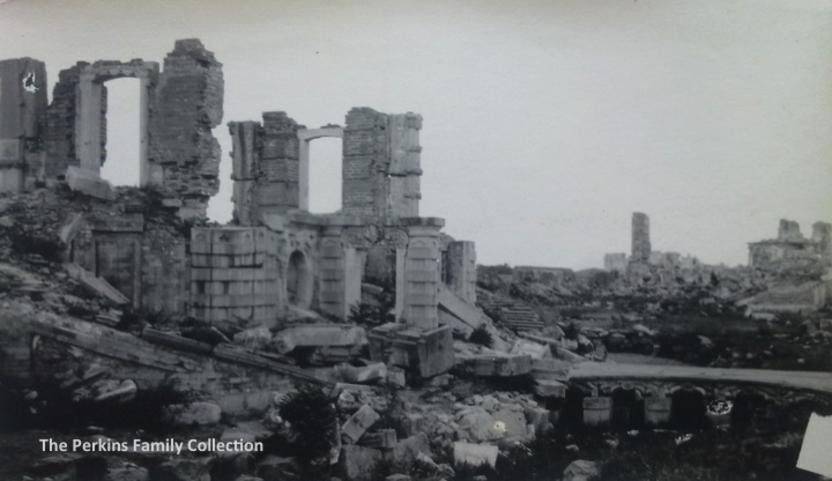 LAST THOUGHTS.  It took this long in part because I am still holding down a job. More accurately, regardless of how much respect one can hold for these people, how reverent one can be to these stories, how passionate one can become for this project, there are only that many hours in a day one could hold photos of “ghosts” (my sincere apology) and analyze events of the distant past. It was becoming a drain increasingly physically and emotionally, especially when one becomes attached to their stories (so, there were moments when slamming down a few shots of Jamison was a must).

But I have no regrets because we should remember these people.

From here on, there are still many photos to post, especially for pages such as Constructions of the New Water of Life Hospital (W.L.H.). If I can do it right – or do justice to Mrs. Perkins, one would have a sense of how it rose from flat ground. I also need to rearrange and reorganize many of those already posted. Finally, I will need to complete “capturing” many captions on the backs of these photos. I have already started on this task. However, this in itself is a challenging and time-consuming event, mainly because most captions were not typed. Sometimes, it would take an afternoon just to decipher what Mrs. Perkins wrote in a couple of photos; even then, there would often be words/letters that remain unclear despite becoming a semi-expert of Mrs. Perkins’ handwriting.

As I sign off here regarding The Perkins Family Photo Collection, I feel a strange sense of accomplishment – deserving or not. For one, I have become a much better organizer, and perhaps I could even be considered as an amateur archivist (cheers to that). Most of all, I am truly honored – and I feel blessed – by this rare opportunity in life to be an ambassador of sorts for these forgotten people.

And the process has been, at least in part, a redemptive one for me.

The Great Wall (长城) and Notes By Dr. Edward Perkins

NEW PERSPECTIVES. I have learned a lot of of history (and geography!) in the past eleven months. I learned their history and the history that went on around them, and I have gained a better understanding and perspective of their stories. I learned their names. This entire experience has made me more amazed at the choice they all made, the life they all lived, and the mission they all pursued.

I have come to share their sense of humors – Mrs. Perkins’ in particular.  I envy their camaraderie.  I could sense that it was their Fellowship that sustained them through all those years and decades of living in rural China while helping Chinese people in hospitals or schools and sacrificing their brief but invaluable moments on this earth. Most of all, I appreciate how these missionaries treated Chinese people – how they related to Chinese people – and how they cared to learn the language to communicate in Chinese.

I could see the expression on Mrs. Perkins’ face as she meandered through the Grant Canal and then sailed up the Yangtze River for the very first time. I could imagine her being completely captivated when the Kiukiang Pagoda slowly peeked out from behind the old City Wall with the City Gate majestically revealing itself.

What a culture shock that must have been for all of them – and not just Mrs. Perkins – to view the landscape of China at the Turn of the Last Century, wherever their final destinations were – be that Kiukiang (九江), be that Wuhu (芜湖), or be that Hankow (汉口: today's 武汉).  I could hear their collective sigh as they come to appreciate Her beauty and ingenuity, Her ancient history and profound myth, and Her strength and perseverance, despite being ravaged with internal strives, natural disasters, famines, and pandemics, while enduring transgression and humiliation at the hands of the West and their counterparts for more than 100 years.

All of that was precisely why I decided to first go through these photos before writing some of these stories – well, one of them anyway. I just did not know there would be two thousand plus photos.

HONOR THEM. In particular, the Methodist Church should honor and recognize these people because what they did represents an important part of The Church History. These people dedicated their resources, energy, skills, and intellect while living out a selfless life, all for the cause of the Church and Her God. We know so little about these Methodist missionaries' lives and their accomplishment on behalf of their Church and God in China during the first half of the twentieth century. While not excusable in any fashion (after all, their sacrifices were made for Her), I could understand China losing track of these people, their stories, and what they sacrificed for Her cause amidst fifty years of chaotic struggles against oppression to attain independence and freedom. However, it would be a shame if the Church forgets them.

I concede that I have not thoroughly rummaged through the literature, and so, I will stand corrected. However, records about these people are spotty from what I could gather. There should be more than just a few fleeting pages in “Google-able” books, along with what essentially are Board Meetings minutes from The Kiangsi Chapter of Methodist Episcopal Church (江西美以美會). My own belief aside, I think when someone did something, let alone sacrificing their lives for a Belief, that Belief System should honor him/her to the fullest extent and not let them become a footnote in history.

I understand and appreciate the argument: To do what these Kiukiang Methodist missionaries had done is not to be set on an altar with a bronze head. If Mrs. and Dr. Perkins were here today, they would tell me exactly just that. However, what they and many others have accomplished are no less than that of Mother Teresa – definitely not when collectively considered. They would be considered as Saints in Catholic Churches – and they are.

I will just leave it at that…. 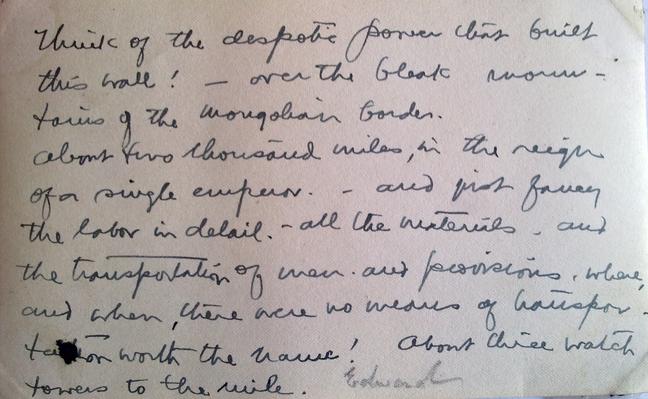 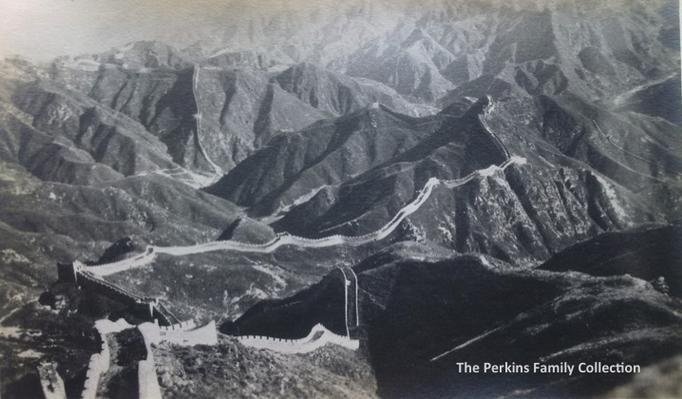