In 1972, President Richard Nixon visited China, bringing hope to Jean Tren-Hwa Perkins that she might someday be able to return to America and see her adoptive parents again. But the Cultural Revolution was still wracking the country, and Jean’s troubles were only growing as she faced endless hardships and indignities. Finally, there was a breath of fresh air as Western delegations began visiting China and Jean was invited to interpret for their conferences. She even served as translator for Communist Party Chairman Hua Kuo-Feng.

The Westerners she encountered were drawn to this demure doctor who spoke fluent American English and her stories of being raised in rural China by Connecticut missionaries and going to high school in New York. One New England physician offered to help her get to America. In 1980, Jean’s dream came true and she and her teenage son were among the earliest post-Mao émigrés from China to the United States. But her struggle didn’t end there. In spite of all she had endured, America did not embrace her. And Jean had to work for eighteen more years to overcome bureaucratic impenetrability and outright racism before becoming an American citizen. Yet through it all, Jean Tren-Hwa Perkins never abandoned her ideal of America as the shining city on the hill. 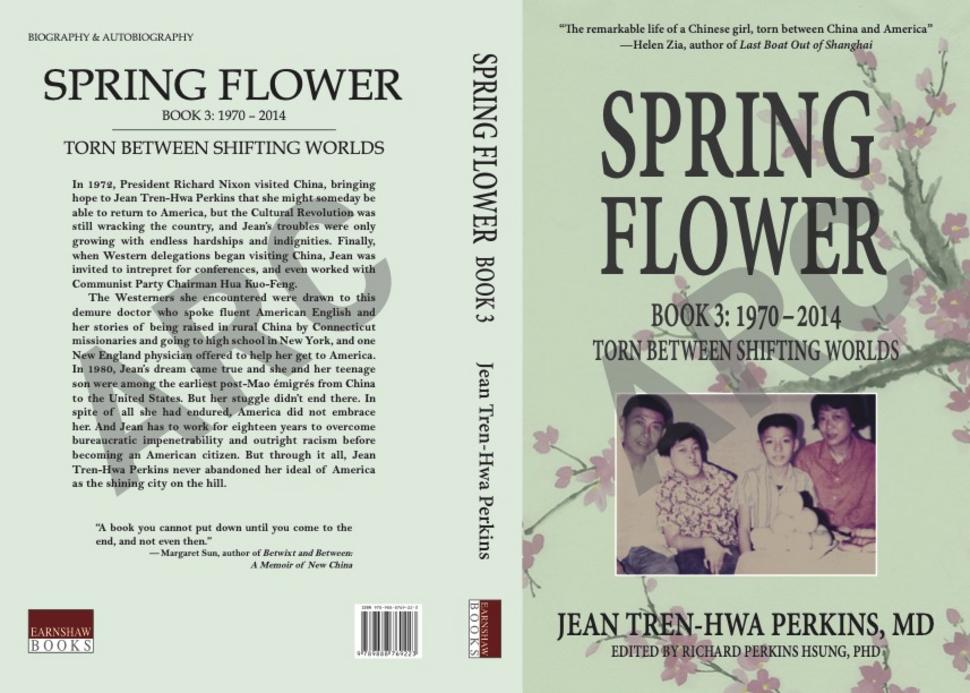 FROM THE EARNSHAW BOOKS