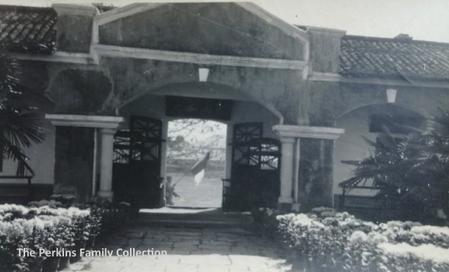 Look, it's him again. But he appears to be a little beat.... It must have been a long day in the operating room....

"The purple (yes - imagine) wisteria lined just below a merit board that was presented by the Government in recognition of the hospital. Kiukiang 1926. {OC}" 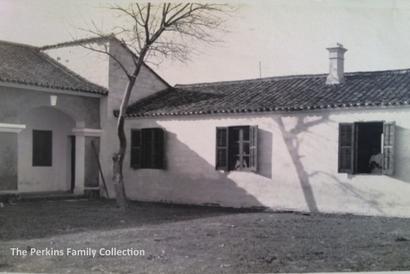 Oh wait, sorry, The Women of the House have arrived!

"Chrysanthemum time at the W.L.H. Through the door you see one of the soldiers in the line march for Anhwei {OC}"

To Visit the New WLH
Back To: A Tribute to Dr. and Mrs. Perkins <裴敬思醫生和裴夫人>

There it is–someone at the door! Okay, you gotta be kidding me. He looks more like someone who's had a few pints than a hospital personnel (may be off duty or a soldier?) "Chrysanthemum season! {OC}" 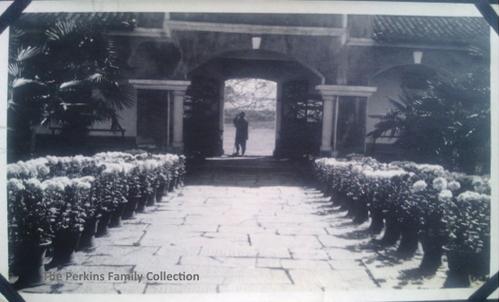 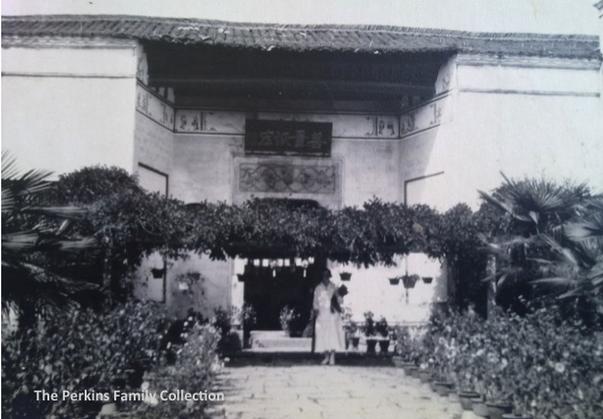 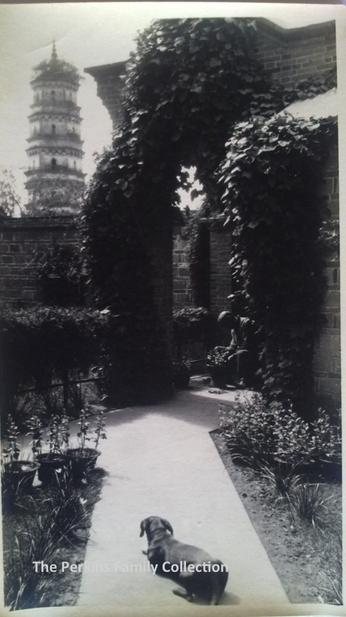 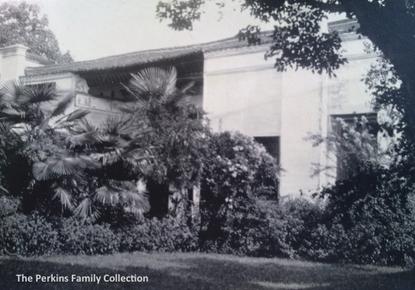 At last, we found him. And there he stands, yes, Man of the House! 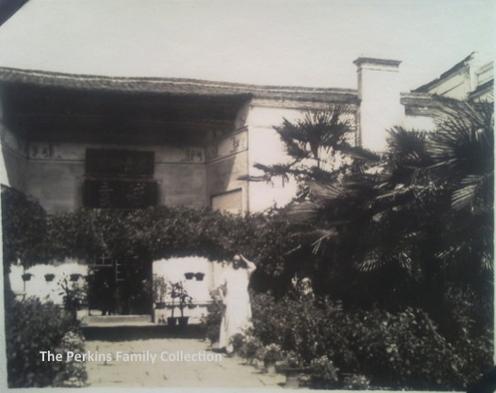 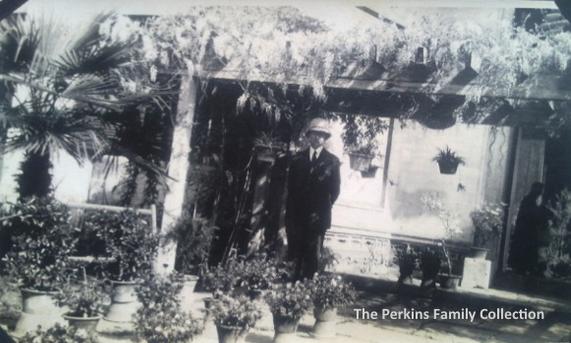 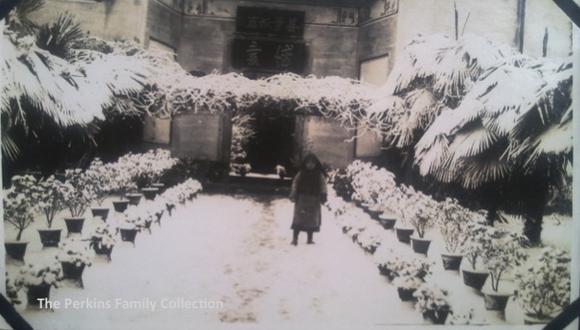 "Wounded soldiers arriving at entrance of W.L.H.{OC}" (This scene evokes the theme song from M*A*S*H*)

Oh look, a real soul inside the hospital compound; but uh, I think that's a kid, no?

Also did the season just change on us, or is it me (I just had a pint too).

Really?  Why do I start to get the feeling that no one actually works here but this beagle? 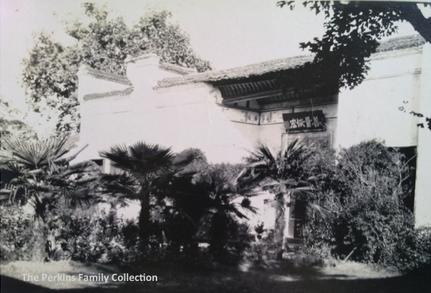 A Disclaimer: I might have (re)discovered Mrs. Perkins' intended humor.

displayed along the same sequence as shown here.

There he is again!  But is he comping in, or just passing through...

Evidently, It All Began in This Rented Building for The Water of Life Hospital in 1918.

The photo above was taken on Christmas Day. 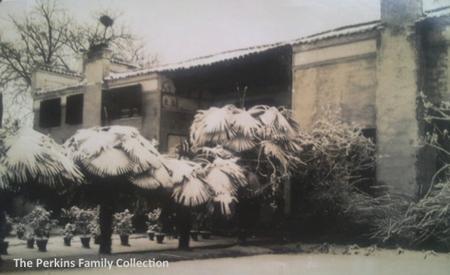 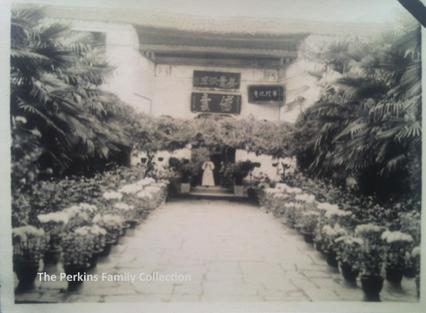 "a corner of Water of Life Hospital Taken from court yard. Wing at right is where nurses live. {OC}"

The Old WLH: Page B 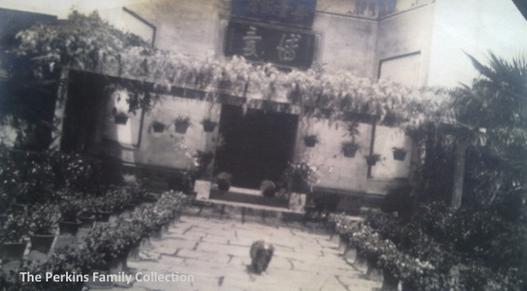 Maybe we should ask him if this is a holiday break (or a furlough for all) and no one works here.

But hold on, doesn't he look more confused than we are?

"My office is screened by the blooming crepe myrtle bushes. A massive pink bloom. {OC}"

"The front court of the WLH. taken the other day. {OC}" 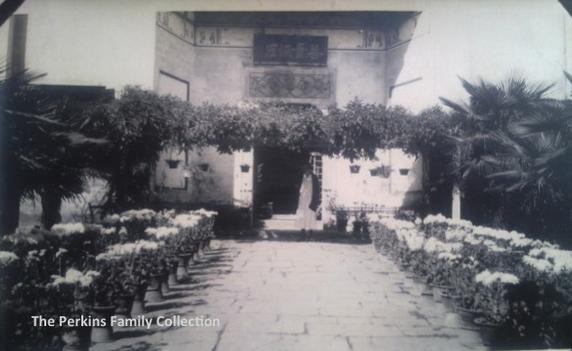 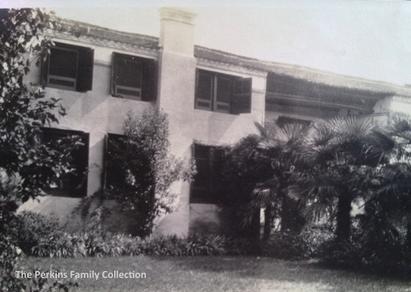 So, this must be the WLH mascot 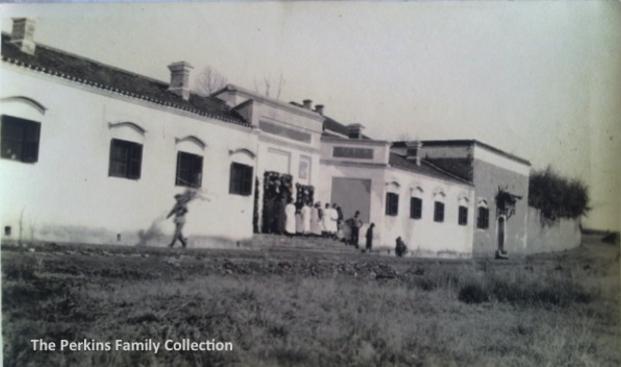 A beautiful but empty hallway... 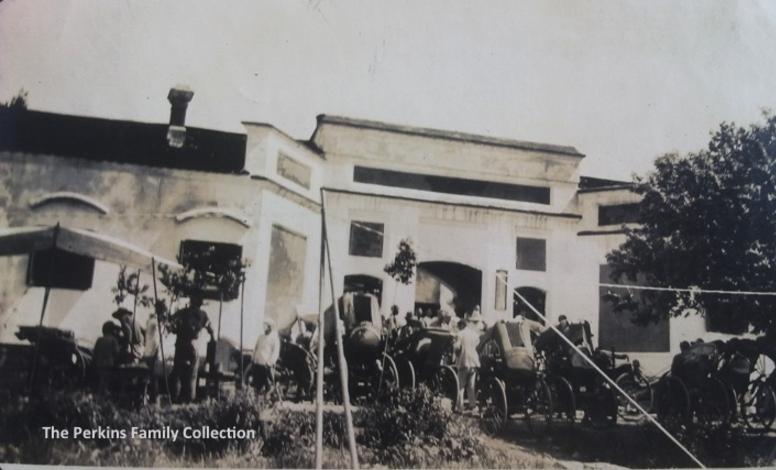 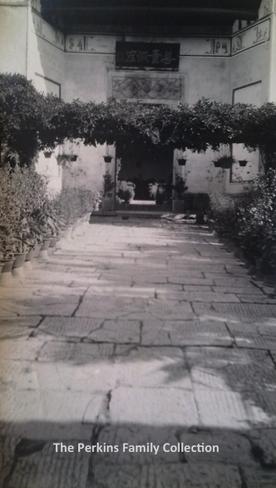 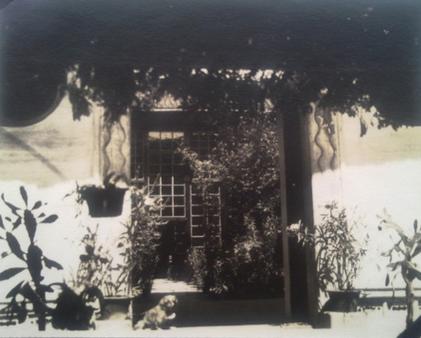